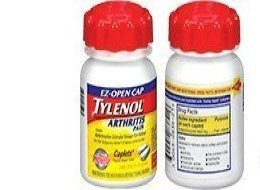 NBC Nightly News (12/29, story 6, 0:25, Williams) reported, “The drugmaker Johnson & Johnson is expanding its own voluntary recall of one of its Tylenol products.”

The Chicago Tribune reports that J&J “is expanding a voluntary recall of Tylenol Arthritis Pain Caplets due to consumer reports of a moldy smell that can cause nausea and sickness.”

Specifically, “according to a statement posted to the Food and Drug Administration website late Monday, the company is now recalling all product lots of the Arthritis Pain Caplet 100 count bottles with the red EZ-Open Cap,” the AP (12/30) reports. The company “had recalled five lots of the product last month after consumers complained of a musty, mildew-like odor that triggered nausea, stomach pain, vomiting, and diarrhea.”

The New York Daily News explains, “The pills’ musty odor comes from trace amounts of a chemical known as 2, 4, 6-tribromoanisole…which is believed to be from the breakdown of another chemical in wooden pallets used to transport and store the drugs.” So far, “the health complaints have been ‘temporary and nonserious,’ according to a press release by McNeil Consumer Health Care, the division of J&J that sells Tylenol, although the health effects of the chemical have not been studied.”

From the American Association for Justice news release.