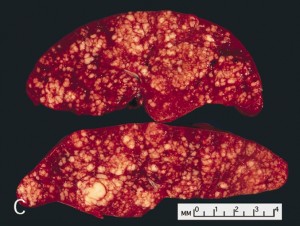 Although Social Security implemented changes in its “Malignant Neoplastic Diseases” criteria in November of 2009, determining disability as a result of cancer can still be difficult. In many cases, extra time is needed for Social Security to decide whether or not disability may be granted. This is due in part to the large number of treatment options available for most cancers. Often, combinations of treatments are prescribed and rotated, enabling deferment of a decision until treatment options have been exhausted (13.00E3). Additionally, if symptoms can be attributed to “temporary” reactions to cancer-treating drugs, a disability decision may be deferred until these symptoms subside and allow for clear judgment based solely on the presence or absence of debilitating cancer (13.00G3). These symptoms resulting from therapies can last up to a year and, in some cases, even longer.

Although it may seem that Hodgkin’s affects only young adults, there are many individuals over the age of 55 who suffer from the condition. Males aged 45 and older are at risk for diminished success in treating Hodgkin’s, which is generally considered to be a highly treatable cancer. Challenges that prevent these individuals from receiving disability can be severely detrimental to both health and financial viability.

When attempting to collect Social Security disability benefits based on cancerous diseases, Hodgkin’s Lymphoma can be especially difficult. If it reappears over twelve months after completion of treatment, Social Security considers Hodgkin’s a new disease rather than a recurrence (13.00K1c). This can be frustrating, as a new disease often takes longer than a recurrence to receive a disability decision. Initial disability may also take a year to obtain, as Hodgkin’s must resist treatment for twelve months in order to merit disability. The only other option is to undergo a bone marrow or stem cell transplantation, which secures disability for at least twelve months following the procedure.

Bio: Alexis Bonari is a freelance writer and blog junkie. She often can be found blogging about general education issues as well as information on college scholarships. In her spare time, she enjoys square-foot gardening, swimming, and avoiding her laptop.