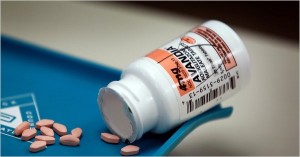 The New York Times reports today that distribution of the diabetes drug Avandia will now be very tightly regulated. Here are the opening paragraphs of the article:

In a highly unusual coordinated announcement, drug regulators in Europe and the United States said Thursday that Avandia, the controversial diabetes medicine, will no longer be widely available.

The drug’s sales will be suspended entirely in Europe, while patients in the United States will be allowed access to the medicine only if they and their doctors attest that they have tried every other diabetes medicine and that patients have been made aware of the drug’s substantial risks to the heart. Patients currently taking Avandia may continue to do so.

The Food and Drug Administration’s decision shows that the Obama administration is taking a harder line on drug safety issues even in the face of scientific uncertainty. Along with its announcement, the agency for the first time immediately posted on its Web site memorandums from top agency staff members that in some cases offered entirely contradictory advice. Dr. Margaret Hamburg, the agency’s commissioner, said that passions within the agency had run high on the Avandia decision.

“As F.D.A. commissioner, my job would be infinitely easier if we had consensus and full scientific clarity,” she said.

Dr. Steven Nissen, a Cleveland Clinic cardiologist whose studies highlighted Avandia’s heart attack risks, said that the decision brought an end to “one of the worst drug safety tragedies in our lifetime,” adding that it was “essential to fully investigate what went wrong with the regulatory process to prevent this type of tragedy from endangering patients in the future.”

One study estimated that from 1999 to 2009, more than 47,000 people taking Avandia needlessly suffered a heart attack, stroke or heart failure or died.