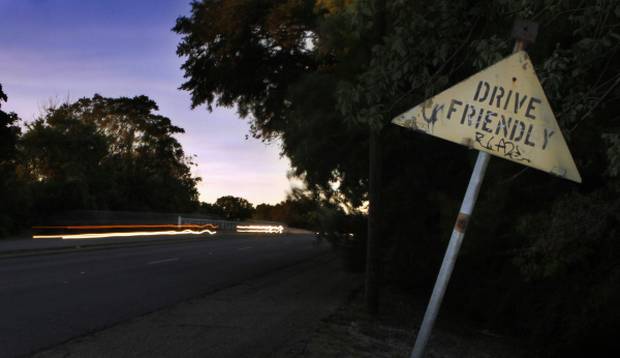 I’ve written several times about Road Rage, and how to prevent becoming a victim of it. Now we learn from a report in the Dallas Morning News that the Dallas area leads the state in fatal road rage incidents. Here are excerpts from the article:

They’re the chief cause for making Dallas and Tarrant counties combined the worst place for road rage crashes statewide over the last five years, statistics show.

The accident-prone hot spots locally include Interstate 635, the spaghetti mix of highways near downtown Dallas and Dallas/Fort Worth International Airport.

Although road rage incidents represent a small part of the overall number of accidents, law enforcement officers, highway engineers and researchers are looking for more ways to keep drivers from overreacting — and avoiding the often deadly results.

“Our signs on the roadway say ‘Drive Friendly’ … but sometimes we forget our common courtesy,” said Lonny Haschel, a Department of Public Safety spokesman.

Road rage — defined as an assault with a motor vehicle or a weapon during or after a car crash — is yet another concern among safety advocates who have pressed for limits on cellphone use by drivers, texting and other distractions.

Between 2007 and 2011, law officers cited road rage as a contributing factor in more than 4,500 crashes, according to Texas Department of Transportation statistics.

Authorities have discretion to classify an accident’s cause as road rage when writing reports.

Based on those in the Texas Department of Transportation database, Dallas County had about 180,000 traffic accidents in the last five years, and 329 involved road rage. Tarrant County had 559 crashes attributed to road rage out of more than 130,000 accidents.

Together, the neighboring North Texas counties had more road rage crashes than any other area, according to a San Antonio Express News analysis of the reports. It also found:

Most road rage crashes statewide occurred between 4 and 7 p.m., the height of rush hour.

A third of all drivers accused of road rage were in their 20s, responsible for more accidents that any other age group.

Often, aggressive driving is a catalyst for road rage, but the two are different, said Lt. Scott Bratcher with the Dallas Police Department’s traffic division.

“Aggressive driving is more of an issue. It’s the people that are in a hurry that don’t care about anybody else,” he said.

Bratcher and other officials say it’s no surprise that many accidents happen on the interstates around Dallas and near D/FW Airport.

“Those are the freeways here that are subject to congestion and where a lot of people will lose their tempers,” Bratcher said.

Congestion also can push drivers over the edge, a risk made greater in North Texas by the current LBJ Freeway construction.