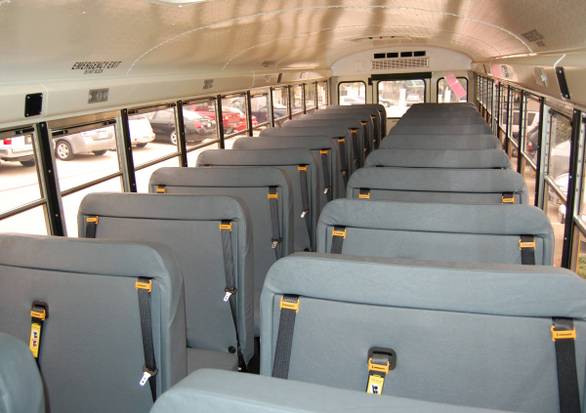 I’ve been an advocate for many years for seat belts on school buses. In the past few years, more and more school districts are adding seat belts or buying new buses with belts already installed. Now Dallas schools are increasing the number of buses with belts, as detailed in a recent Dallas Morning News article. Here are excerpts:

With the summer lull at Dallas-area schools, managers of the bus system are focused on a multimillion-dollar seat belt safety campaign.

Thanks to state aid and local funding, they expect that seat belts will be in half of their fleet of 1,695 buses by the time students return to classes.

It’s the latest safety effort by Dallas County Schools, which carries 65,000 students in 11 districts, and has generated praise from children’s advocates.

Since 2010, the state has required all districts that receive state funds to have three-point, lap-shoulder seat belts on their new school buses.

Also, the Texas Education Agency helped allocate $2 million to districts to help pay for installing belts in existing buses. Dallas County Schools received $250,000, more than any other in the state.

“Our board looked at it and decided that it was important enough for the safety of our children that we go ahead and start budgeting to fund retrofitting buses and … that anytime we purchased buses in the future that they would have the three-point belts,” Dallas County Schools Superintendent Rick Sorrells said.

The board had begun retrofitting around the time the Legislature was considering the seal belt requirement.

The fleet now has 598 of its buses equipped with seat belts and expects another 300 to be equipped through retrofitting and new purchases by the end of the summer, board president Larry Duncan said.

Sorrells estimated that all of the district’s buses will have three-point seat belts in place over the next two years.