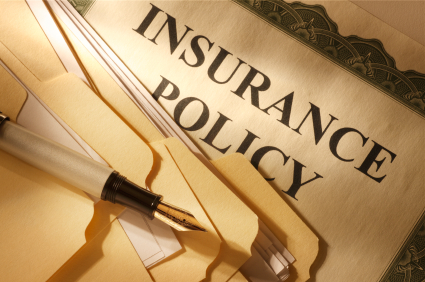 This is the seventh in a series of insurance myths, published by the consumer group Texas Watch.

When insurance companies say that our civil justice system drives up insurance rates, what they’d really have you believe is that we can’t afford our Constitution. The truth is that they view the Bill of Rights as a bothersome barrier to their bottom line.

Accountability is just too expensive – so says the corporate immunity lobby. And insurance carriers sure do make a bundle when they sell policies that are intentionally riddled with exclusions and loopholes. Charging a lot for little is an advantageous business model. Yes, they clean up when they are allowed to low-ball and stonewall justified claims, illegally perpetrating “delay, deny, defend” schemes against the public. Without a doubt, being called to account before a court of law is unpleasant for them. What they willfully ignore, however, is that the Constitution takes priority over the stuffing of corporate coffers with ill-gotten gains.

One of the favorite tactics of the corporate immunity lobby is to scare the public with talk of a “tort tax.” A tort is a civil wrong for which a remedy may be obtained, and their propaganda campaign pushes the idea that the public at large pays more when wrongdoers are made to answer to their victims. In their distorted view, the civil justice system imposes a cost on society. But what they seek to conceal through their slick slogans is that a cost has been imposed on the victim. The cost already exists. The wrongdoer, through their acts, has caused harm, and the legal system should work to balance the scales. If the system fails or is manipulated, the cost of the harm is socialized, shifting the costs onto the people who are harmed and, oftentimes, the taxpayers. For example, when a drunk driver severely maims someone and doesn’t pay the full amount of what they owe, the victim’s life may spiral downward until taxpayer-funded health and disability programs ultimately bear the expense.

The corporate immunity lobby is a persistent and shameless lot. The methodology they use in ginning up their tort tax figure has been discredited repeatedly because it factors in the wasteful and inefficient overhead costs of the insurance industry in assessing so-called tort costs; ignores the insurance cycle, which results in its own cost increases; and fails to account for the costs saved by the tort system, including the creation of incentives to act safely, preventing needless injuries and deaths in the process. Most offensive is the idea that we shouldn’t afford victims the opportunity to hold their wrongdoer accountable before a jury of their peers.

If insurance carriers were truly interested in lowering costs for the public, they would support sensible efforts to regulate rates for their mandated products, sell policies that provide meaningful coverage, and support efforts to punish those who cheat claimants through strong-arm tactics. Instead, their proposed solution is to sacrifice our fundamental legal protections – while duplicitously seeking to convince the public that it is in their best interests to surrender their constitutional rights – to pad their bottom line.