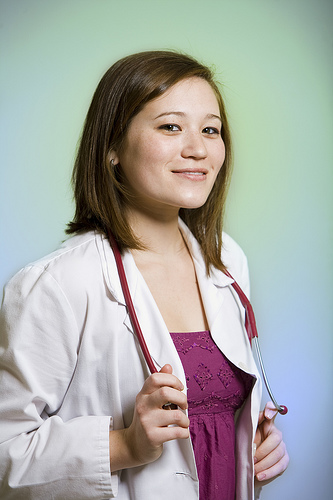 This guest post is from Ms. Katherine Laramie, a freelance writer who lives in Orlando, Florida.

In 2000, there were 2.4 million deaths in the United States as reported by the National Center for Health Statistics. But in 2010 there were 2.5 million. According to the CDC, about one-third of these deaths occurred in short-stay, general hospitals. Multiple studies report that a staffing levels and education of a hospital’s nursing workforce can have a direct impact on death rate in hospitals.

A patient’s risk of dying increases with the number of work shifts that a hospital is understaffed in nurses, according to a 2011 report in The New England Journal of Medicine. In the study, almost 198,000 patients were examined during nearly 177,000 eight-hour nursing shifts. Researchers found that a patient’s risk of death increased by about two percent for each work shift that was understaffed.

In the October 2012 issue of Medical Care, researchers from the University of Pennsylvania found that surgical patients in Magnet hospitals had 14 percent lower odds of inpatient death within 30 days and 12 percent lower odds of failure-to-rescue compared to non-Magnet hospital patients. This is due, in large part, to investments in highly qualified and educated nurses, including a higher proportion of baccalureate prepared nurses.

How Do Hospitals Kill Patients?

With understaffed hospitals and more patients, problems are bound to arise. Patients expect quality treatment and trust that they’re in good hands. But it seems that’s just not the case anymore. In the United States, medical errors kill more than a quarter million people every year and injure millions more, noted CNN.

“Mistakes are happening every day in every hospital in the country that we’re just not catching,” said Dr. Albert Wu to CNN.

A 1999 report by the Institute of Medicine stated that 98,000 Americans were dying every year because of medical mistakes. But now that number is close to 200,000, according to The New York Times.

The Wall Street Journal reports that U.S. surgeons operate on the wrong body part as often as 40 times a week and 20 to 30 percent of all medications, tests and procedures are unnecessary.

Judge Nelson Bailey is all too familiar with hospital mistakes. After abdominal surgery at Good Samaritan Medical Center in West Palm Beach, Fla., his pain got worse. For five months he repeatedly went back to his doctor complaining of his severe pain. He was sent for multiple CT scans, showing no reason for his pain. Turns out he had a surgical sponge that measured more than a foot long and a foot wide festering near his intestines.

Importance of a Full, Quality Workforce

To help fill Pittsburgh and Western Pennsylvania hospitals, a travel nurse can be hired temporarily. Travel nurses typically work 13 week periods in one area and move around the country depending on where they are needed. Nurses are expected to increase 26 percent faster than average from 2010 to 2020, according to the Bureau of Labor Statistics.

To move towards a more highly educated nursing workforce and minimize the number of hospital deaths, the American Association of Colleges of Nursing recommends that all nurses should work towards a baccalaureate or graduate degree in nursing. Magnet hospitals have set the example and are requiring all nurse managers and nurse leaders to hold one of these degrees by 2013.