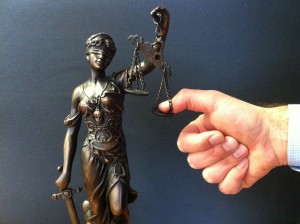 I’ve written so many times about “tort reform” in Texas, and how it has done nothing much other than help insurance companies and hurt ordinary Texans.

The consumer group Texas Watch has recently completed a comprehensive study of the effect of the massive 2003 tort reform overhaul of our civil justice system. The results were easily predictable, but Texas voters didn’t believe those of us trying to warn them at the time, and now this law is a part of the Texas constitution. Please read the entire article. Here are the opening paragraphs:

Riding an electoral wave that saw the election of Rick Perry to his first full term as governor, a large class of impressionable freshman members in the House, and a hard-line speaker, Tom Craddick, the corporate immunity lobby tilled fertile ground during the 78th Legislature in 2003. Emboldened after pushing through lawsuit restrictions in 1995 and 1997,[4] this lobby and their functionaries in the Legislature rammed through HB 4 in 2003, an omnibus package of restrictions that were sweeping in scope and unprecedented in their destructive effect on the rights and lives of everyday Texans.

Ten years later, patients continue to struggle with high cost, low access health care, corporate wrongdoers are allowed to divert and evade responsibility for their actions, and our most vulnerable are acutely impacted by the negative affect of limits on individual legal rights.

Totaling 133 pages in length, HB 4 was a sprawling piece of legislation that upended and undercut myriad aspects of the Texas civil justice system.