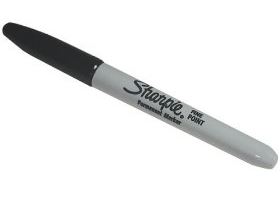 This guest post is from Emma Sturgis, a freelance writer living in Boston. She writes on a variety of topics, including politics and law. When not at her computer, she enjoys film noir and rock climbing.

Imagine going about your business doing the things you normally do and suddenly finding out that, surprise, you’re a criminal. There are a surprising number of little known laws on the books that can turn what seems like innocent behavior into a legal issue with potentially serious penalties. Public servants that had the best of intentions, or an awful sense of humor, created most of these laws. Either way, breaking them may or may not blemish your perfectly clean good citizen record.

Countless times a day people gather around and sing the cheerful Happy Birthday song. There’s usually a cake, cards and well wishes. Be aware that a large company owns the lyrics copyright to this song. Royalties can be collected for performances. Changing the lyrics to your own original version avoids potential legal problems.

Next time you carry around a permanent marker in public you may want to think twice about using it in the open. States like California, Florida, Oklahoma and New York have strict anti-graffiti laws that consider permanent markers a potential vandalism tool. Sure, you may only be intending to pass the time doodling or making stick figures, but people have been arrested for mere possession of markers.

You are hanging with a group of friends enjoying college football on TV at a local sports bar. You join in on a friendly wager of $100 each. You volunteer to collect and distribute the winnings. Your team wins and you make a nice windfall. The next day you’re at a police station, confused and needing a lawyer to defend criminal charges in Austin for illegal gambling. You have violated the Illegal Gambling Act.

You may be using a fake name online because you want to protect your privacy, nothing unusual about that. Millions do this every day. Fake names and profiles are also considered computer fraud and are punishable by law.

In Illinois you better watch out what kind of things you write. You can get up to 30 days in the slammer and fined $1500 just for writing something that someone else finds very disturbing. In Kentucky, a fictional account that may inspire an attack could get you up to ten years in prison.

Many people break one or more laws each day without even realizing it. Thanks to some obscure laws that no one really knows about seemingly innocent acts may actually be illegal.