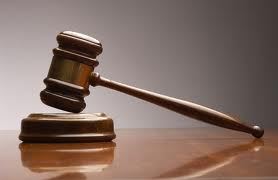 Through the news, blogs, television and everyday conversations, some legal terms are used that the average person may not understand, or misunderstand. To help you become familiar with some of the more common terms, here is a list of those terms and their legal definitions:

Fraud has many applications in different settings, and has somewhat different definitions in a criminal context and in a civil context. To defend fraud cases, the defendant must not be found guilty of the following:

Each element stated above must be proved by the party alleging the fraud. Failure to do so will result in losing the cause of action.

Negligence is usually defined simply as the failure to use ordinary or reasonable care. Though a simple definition, applying it to the limitless number of circumstances in which negligence can occur is one of the more difficult areas of law.

In many situations, reasonable or ordinary care can be deduced through the actions of peers. For instance, in most medical malpractice cases, a medical professional’s actions are judged by other similar medical professionals in the same or similar communities. A general practitioner in a small rural community, for example, is judged by the reasonableness of other general practitioners in small, rural communities.

Sometimes, negligence is defined by law or what is called negligence per se. If a profession or industry has a standard set of codified safety regulations, a negligent party may be considered negligent per se for failing to comply.

In a civil matter, this is the person or entity filing a lawsuit. It may be an individual or business. Parents or guardians often act as plaintiff for a person who is a minor or incapacitated. More than one person may be a plaintiff in the same lawsuit. Where there are numerous plaintiffs, the lawsuit may be joined as a class action.

It is always a good idea to become familiar with legal terminology, as one never knows when they’ll be subject to a lawsuit or otherwise involved in a court case. Being well-informed is an excellent way to ensure that you make wise legal choices.