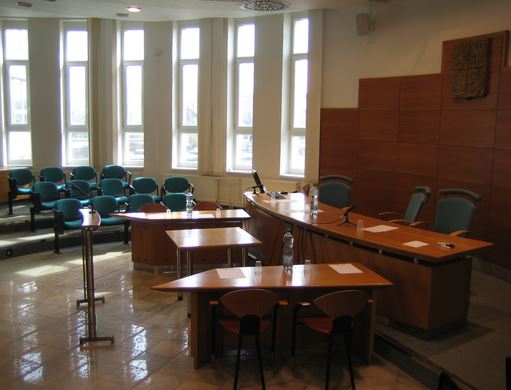 Ever read an article about a lawsuit so ludicrous that it sounded like something out of The Onion? There are moments when it’s amazing that the defendants weren’t laughed out of court.

But, I violated my civil rights…

A very ingenious inmate in Virginia decided he’d violated his own civil rights to the tune of $5 million. He claimed that he drank alcoholic beverages in violation of his religious beliefs, and this action led to him being convicted of breaking and entering and grand larceny. Now, here’s the really funny part, he wanted the state to pay him the $5 million! His reasoning was that as an inmate, he couldn’t work to pay the amount he was suing himself for, so the burden for payment fell to the state.

In this case, the judge didn’t “buy” his legal reasoning, but agreed it was an innovative idea.

Suing the pants off someone

This case raises eyebrows because it was filed by a judge. It seems he took his $800 pants to a small dry cleaner for alterations. He claimed that the business lost his pants and attempted to replace them with a knock-off pair. The owners did offer the judge $12,000, but he went on to sue them for an eye popping $67 million that he later generously reduced to $54 million.

A judge thankfully ruled in favor of the dry cleaning business, and ordered the judge to cover their legal expenses. As a nice postscript, the judge wasn’t reappointed to the bench.

Okay, maybe he was six inches shorter and eight years older than the basketball great, but that didn’t stop this man from being mistaken for #23 just about every day. It was so annoying that he decided to sue Jordan and a co-defendant for a combined $832 million.

M.J.’s doppelganger finally thought better of his lawsuit and dropped it.

They didn’t find me a job!

What happens when a student graduates and doesn’t immediately find a job? Well, one young woman from New York sued her school for $72,000. She claimed that her 2.7 GPA and solid attendance record should make her employable, but the career placement office wasn’t doing anything for her. The school, of course, denied this and claimed her lawsuit lacked merit.

Thus far, this case hasn’t settled, and it’s not clear if the defendant was handed a job.

After pulling away with what must have been a delicious combo meal from a McDonald’s drive-thru, a New Jersey man encountered the worst of what a combo meal can dish out. Reaching over to grab a few fries from his meal, the milkshake that he had between his knees exploded all over his lap. This extreme inconvenience distracted him from driving, causing an accident in which he sustained minor injuries. He blamed McDonald’s for the accident and the case went all the way to the New Jersey Supreme Court before being thrown out. Moral of the story: use your cup holders

Everyone is entitled to his or her day in court and sometimes accidents happen where compensation is justified. If you find yourself in such a circumstance, look up an accident attorney like Michael D. Ponce & Associates.

This article is from Hannah Whittenly a mother of two and a freelance writer out of Sacramento, California.