Why the Judge Got it Right with Cornealious Michael Anderson 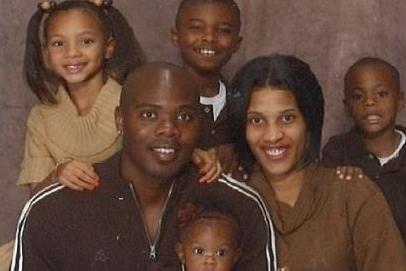 This excellent article is from Hannah Whittenly a mother of two and a freelance writer out of Sacramento, California.

On Monday, May 5, 2014, Cornealious Michael Anderson appeared before Judge Terry Lynn Brown to make a case for his freedom. Fourteen years earlier, Anderson was making a similar plea while being charged for armed robbery. That time, his plea was not heard and he was sentenced to serve 13 years in prison. Anderson awaited the summon to check in to the prison where he would spend the next decade, but nothing ever came. When the term of his prison sentence was up, the state discovered a clerical error and figured out that they never sent him to prison. Immediately they located and arrested Anderson, taking him from the family that he had started, his small business, his church, and youth football team. The state demanded that his sentence be served.

It took Judge Terry Lynn Brown 10 minutes to rule against the state and declare Cornealious Michael Anderson a free man. His family, friends, and much of the rest of the nation watching his story rejoiced when they heard the news. Truly this was a victory for the good and honest in heart. I am grateful for Judge Brown and I believe that this was 100% the right decision to make.

In my previous post, I focused on the legal aspect of why the release of Anderson was the right choice. However, in this post I’d like to focus on why this decision was the right decision for the future of our country.

Why does this case have national implication? This story was absolutely huge in the month of April. As it emerged into the national spotlight, we saw tens of thousands pledge their support for Cornealious Michael Anderson. His name was frequently on the front display pages of Yahoo!, GoogleNews, USAToday, and other major media outlets. America got to learn the story of genuine change from the bad to the good and watch the “good guy” win in the end. How many times do we revere the same kind of story in Les Miserables or Great Expectations? To see someone accomplish such a dramatic conversion in real life makes Anderson a hero to many, including myself. Therefore the decisions of the judiciary system concerning him carried a message with great weight to it.

Setting Anderson free sent a message to the millions of citizens in this country who watched his story. The message was that our government cares more about rewarding good people who do good things than it does executing the demands of legislation. This is a huge reassurance of the principles, beliefs, and hopes that America was built upon. The founding generations of this country hoped for a new start that allowed the best within themselves to flourish. No longer bound by social class structure or a rigid European monarchy, Americans were free to take a chance to be better, stronger people. Judge Brown affirmed that these hopes are still alive today by granting freedom to a man who strongly represented our core American ideal.

Furthermore, this decision helps us remember the purpose of the penal system. The purpose is not to purge undesirable individuals from our communities and banish them to prisons. Prison and jail are intended to be centers for rehabilitation and healing so that people can pick themselves back up and get on the path to that dream once more. Sometimes this rehabilitation requires swift justice and harsher consequences, but the ultimate goal is the same.

Anderson’s attorney Patrick Megaro said, “This was not an easy case. I believe it teaches us that justice can be swift, justice can be harsh, but justice also can be merciful.” America does believe in swift justice, but we use justice to build better communities. The goal is to build a better world by producing genuinely good citizens. Anderson was set free because his rehabilitation was completed and he was a valuable contributor to society as the evidence clearly stated. It’s refreshing to see a decision that reflects that America really wants more people who can be like Anderson.

Many have raised up their voices on the topic of how fairly criminals are treated once they have made a mistake. All Star Bail Bonds in Las Vegas raises the concern that as crime rates increase, the penal system becomes increasingly harsh and less willing to forgive those who may have the potential to make a come back in character as Anderson did. Will the courts begin to look more thoroughly at the potential for convicted criminals to restore their lives?

Finally, we got to see an average hero be put into the spotlight. A man who decided to try to live life to the best of his ability after making such a big mistake now finds himself as a role model for many. Young people at risk for making similar mistakes can see that change is possible. The traps of social pressure and poverty don’t have to keep individuals from a bright, ambitious future.

All the right messages come from Anderson being let free. It is my hope that the message gets to the right ears and is an influence for good in our country going forward.