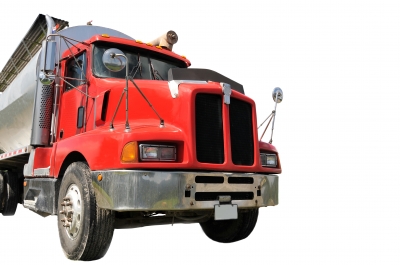 Rules regarding the number of hours big-rig operators can drive have been in the new for several years now, as legislators look for a balance between the safety of drivers and the profits of trucking companies. An opinion piece in the New York Times detailed some of the problems in revising the regulations — especially in light of the recent tragic incident involving the actor Tracy Morgan. Here are excerpts from the story:

Days before an accident in which an allegedly drowsy truck driver crashed into a van carrying the actor Tracy Morgan, critically injuring him and killing another passenger, a Senate committee voted to roll back regulations meant to keep fatigued truckers off the nation’s highways.

In a display of the trucking industry’s lobbying might, the Senate Appropriations Committee voted to suspend a new Department of Transportation regulation that requires truck drivers to take at least 34 hours off after working 60 hours in seven consecutive days or 70 hours in eight days. The lawmaker who proposed the suspension — Senator Susan Collins, Republican of Maine — says the rule needs further study, ignoring the years that the government spent writing it. The regulation, which the United States Court of Appeals for the District of Columbia Circuit upheld last year, is designed to make sure drivers get the rest the human body needs.

The trucking industry makes the disingenuous claim that the rule, which has been in effect since July 2013, “exacerbates congestion” and could make highways less safe by forcing more truck drivers onto the roads during morning rush hours. The rule requires that the break include two consecutive nights, but it says nothing about what time drivers must go back to work.

If anything, the rule is too weak. For instance, it allows drivers to spend up to 11 consecutive hours behind the wheel with just one 30-minute rest break. A 2011 study that Penn State University conducted for the government shows that the risk of accidents is greatest during the 11th hour of driving. And the 34-hour break that truck drivers are entitled to after an arduous 60-hour or 70-hour workweek is far too short. Most Americans get two full days off after working an average of 34.5 hours.

The government estimates that about 13 percent of commercial drivers involved in a crash were fatigued. Crashes involving large trucks, or vehicles that weigh more than 10,000 pounds, have gone up steadily in the last five years, and fatalities are up 18 percent since 2009. More than 3,900 people died and 104,000 people were injured in accidents involving large trucks in 2012, the latest year for which the government has compiled data. Occupants of vehicles involved in crashes with large trucks make up the vast majority — more than 70 percent — of those killed and injured in such accidents.

Because this is an election year, lawmakers may be tempted to do the bidding of the trucking industry, a generous contributor to political campaigns. But in doing so, they will put more American lives at risk.