Skip Jury Duty and You’ll Pay, if Judges in Dallas County Get Their Way 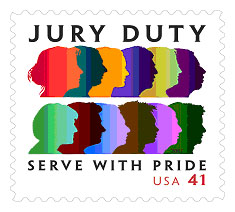 I’ve been complaining for years about the pitifully small turnout for jury service in Dallas County and about the almost complete lack of enforcement. Now, maybe, the County is going to take action.

Here are excerpts from an article in the Dallas Morning News:

Dallas County residents who fail to show up for jury duty may find themselves in court anyway if a proposal by local district judges is funded next year.

The Commissioners Court is being asked to provide a portion of the funds needed for a jury duty court where people who didn’t respond to their summonses could be fined and ordered to sit on different juries.

The goal, the judges say, is to increase turnout at the courthouse of those called to make themselves available to serve on juries. Currently, that turnout is a paltry 19 percent.

“Serving on a jury is one of the two most sacred obligations that a citizen can do for their country,” said state District Judge Martin Lowy. The other, he said, is serving in the military.

Lowy, the presiding judge over jury services, has worked for years to improve the response rate among potential jurors. But often the poorest and wealthiest residents don’t show up, he said. That makes it difficult to compile juries that accurately reflect the county population, he said.

But first, the judges must get the Commissioners Court to approve the funding. The judges said fines would cover some of the costs but probably not enough to make the program break even. County Budget Officer Ryan Brown estimated that the county would have to chip in about $100,000 each year, a tiny fraction of the county’s $491 million general fund.

Final approval for the budget is expected in September.