When You Can Turn to Legal Resolutions for Your Medical Expenses 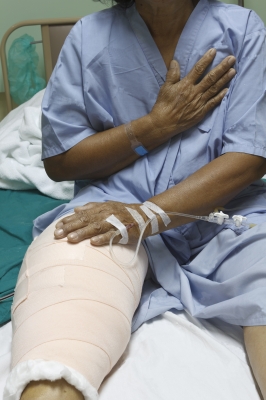 Medical expenses can be overwhelmingly expensive, and seem all the more so when you were injured or sick due to another individual’s negligence. Some of the direst financial circumstances, including bankruptcy, result from medical expenses.

Fortunately, there are many legal solutions in such circumstances, provided you can prove your case in court. Legal experts from Bronson Jones & Co give the following tips on how to determine if legal action can help relieve some of the financial stress of your current situation.

1. You’ve Been Injured in an Automobile Accident

Every state allows those injured in car accidents to sue for their medical expenses, with the success of the lawsuit hinging on who was at fault for the accident. In some states and provinces, partial liability laws can result in a payout less than the plaintiff’s legal fees, putting them in a worse position than they were to start with. This usually happens when the judge overseeing the case decides that each individual was partially responsible for the accident.

In addition, most states and provinces set a statute of limitations of 2 to 3 years on personal injury cases resulting from car accidents–after that, attempts to sue are nearly guaranteed to get thrown out of court barring very exceptional circumstances (such as comas from trauma).

Medical Malpractice is a legal term used to describe injury caused to a patient by a doctor they are in a medical relationship with (in other words, the doctor must have been treating the plaintiff on some level). Medical Malpractice has only taken place in the event that a doctor was negligent in his care–he must have knowingly suggested a dangerous course of action that caused the patient harm, or else demonstrated such ignorance of his field as to be considered negligent.

As an example: complications resulting from surgery to remove a brain tumor are not usually malpractice, provided the patient was warned of the risk beforehand. However, failure to diagnose a prominent brain tumor (usually by failing to order an MRI or CAT scan) could be, provided a competent doctor would have reason to suspect cancer based on the patient’s symptoms.

3. You’ve Been Injured or Become Sick at Work

Provided your doctor can prove a work-related cause for your sickness or injury, you may be entitled to appropriate medical expenses from the state or your employer (depending on the circumstances and where you live. Your injury or illness must verifiably be from a specific cause at your workplace that a normal individual would not have been able to (or have reason to) avoid, however.

4. The Hospital Messed up Your Medical Bill

Hospitals make mistakes billing patients all the time. Inefficiencies in data management are to blame for that. In a recent case in New Jersey a woman was billed for $518 for unpaid medical bills regarding an anesthesia treatment she received in a previous surgery. She decided to get tough with the company and sued the company with the help of her insurance agency. Eventually she and 8000 other patients were refunded for similar mistakes. If you smell something fishy about a medical bill, investigate potential errors.

This article is from Hannah Whittenly  a mother of two and a freelance writer out of Sacramento, California.