Editorial: Abbott’s Reluctance to Ban Texting While Driving is Familiar and Unfortunate 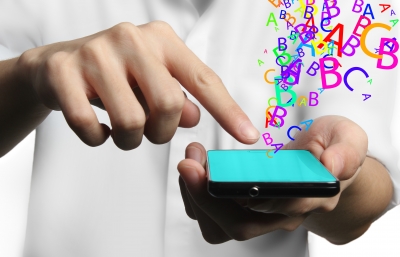 An editorial in the Dallas Morning News recently called to task Attorney General (and candidate for governor) Greg Abbott for his position on texting while driving. Abbott is following the example of Rick Perry in saying the government has no business telling people whether they can text while driving. The hypocrisy of this position is self-evident when you consider all he things that government does tell us we can or cannot do. Here are excerpts from the editorial:

We have speed limits, not speed recommendations; seat belt laws, not seat belt suggestions. To deny government’s critical role in shaping safe driving behaviors is to deny its inherent responsibility as overseer of roads.

And often, such behavior modifications require not only a carrot, but occasionally, the stick. A 2012 National Safety Council report reminds us that, in 1981, after 15 years of education about seat belts, only 14 percent of Americans wore them. But over the next 15 years, education combined with state laws increased use to 61 percent. Today, use is up to 84 percent. As Janet Froetscher, president and CEO of the council wrote, “Education combined with laws and high-visibility enforcement is a method that has been proved successful in addressing transportation safety issues, and it should be used to address cellphone distracted driving.”

The Corpus Christi Caller-Times reported Saturday that Attorney General Greg Abbott, the front-runner for governor, opposes a statewide ban on texting while driving. His position is unfortunate for all Texans, but particularly teens and young adults.

According to the National Highway Traffic Safety Administration, more than 3,000 people lost their lives in 2010 in distraction-related accidents, often due to the use of portable electronic devices. The Texas Coalition for Affordable Insurance Solutions, an insurance trade group in the state, found that 13.4 percent of the 3,048 traffic fatalities in Texas in 2011 were linked to distracted driving.

No wonder, then, that most states now prohibit texting while driving. Texas is one of seven that do not.

An Abbott spokesman explained that the attorney general is against more government mandates that “micromanage adult driving behavior.” Such a statement seems long on political gamesmanship (gubernatorial opponent Wendy Davis co-authored one of the texting-while-driving bans in the Texas Senate) and short on Texans’ best interests.

It is the same specious argument Gov. Rick Perry used when opposing text-banning measures during his 12 years as governor. When he vetoed a bipartisan texting-while-driving measure proposed by former Republican House Speaker Tom Craddick in 2011, Perry called it “a government effort to micromanage the behavior of adults.”

Some adult behaviors merit micromanaging. Texting while driving is one.