Boats And Financial Liability: What You Need To Know 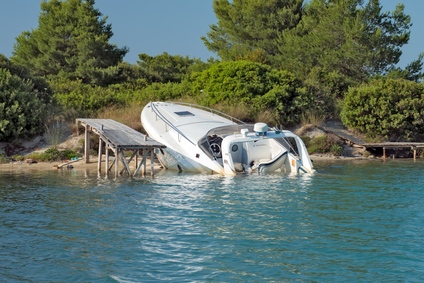 Boating is one of America’s oldest and most enjoyable pastimes; the National Marine Manufacturers Association estimates that 88.5 million Americans go boating every year. However, boating is dangerous and, like everything else, comes with a risk. Recreational boating accidents accounted for over $39 million in total property damages in 2013 as reported by Statista.com.

The more people who are out enjoying the water, the likelier your boat is to be involved in an adverse incident. Boaters must know the basics as to legal and other ramifications that accompany accidents before getting on the water to protect themselves from civil and even criminal prosecution.

There is no federal law mandating liability insurance for boaters and most states do not require it either. Alabama, for instance, specifically excluded boats from its 1975 Mandatory Liability Insurance Act, which established minimum levels of coverage for all motor vehicle operators. However, like most similar state statutes, the law does require all seafarers to take a Department of Conservation-approved boater education course as part of the process of getting a boating license.

The boating liability limits set by insurance companies typically offer a range from $100,000 to $1 million, depending on the size of the boat. Chantal Cyr of Travelers Insurance tells Bankrate.com that customers can save money on their boat insurance premiums by bundling with home or car insurance, but a boat less than 30 feet will cost about $500 per year to cover.

Most policies will cover you if someone is injured while riding on your boat, but may require higher premiums if you host charters. They also typically cover property damage inflicted by your boat. Comprehensive policies are far more expensive, but protect you from vandalism, theft, and even uninsured boaters.

No matter how short a boat trip is, somebody needs to know where you’re going and when you’ll be getting back. Extended journeys lasting more than a few days require a float plan, which can save you from liability in the event of an incident.

A float plan is a document describing your boat, the people on board, all safety equipment being utilized, and the estimated time of arrival to your destination. A copy of this document should be left with marina personnel or someone else not taking the trip with you. Instruct said person holding the float plan to notify the Coast Guard if you do not arrive at the specified destination.

This document could limit your liability in boating situations. A float plan that lists adequate life boats and vests, along with fire extinguishers and first-aid kits, will show that all necessary precautions were taken in case someone is injured or worse. As long as passengers are briefed prior to setting out on your trip, a float plan can act as a de-facto liability waiver in court.

Floatplancentral.org and similar services offer float plan templates that can be filled in and printed directly from their websites.

Boat operators become intoxicated much quicker than drivers due to motion and other factors in the marine environment, according to the U.S. Coast Guard. Boaters are less experienced than drivers simply because the latter practice their craft almost daily, whereas the average boater averages 110 hours per year on the water.

Boating under the influence will instantly negate any and all potential defenses in court in the event of an accident. The best way to avoid this entire scenario is by waiting to incorporate alcohol into your day until after you’ve been on the water. Intoxicated passengers present just as much of a risk as a drunken navigator. Make sure to take plenty of other fluids, particularly water and iced tea, if you plan on allowing alcohol on the boat while on the water.

Boater responsibility comes down to common sense at the end of the day. Despite it being a recreational pastime, safe and legal boating practices are your personal responsibility.

This article is from Brian Hopkins, a financial advisor and blogger from Upstate, New York.