Does Boehner Have a Case? Six Key Points to the Obama-House of Representative Lawsuit 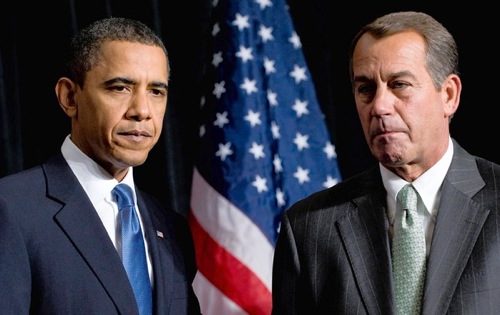 Recently the U.S. House of Representatives voted 225 to 201 to sue President Obama over allegations that he overreached his Constitutional authority when he made changes to the Affordable Care Act (Obamacare) without congressional approval. Here are six key points to consider about this historic lawsuit:

According to Polifact.com, individual members of congress have sued the executive branch at least 14 times in recent decades, such as in 2011 when Democrat Dennis Kucinich sued President Obama on war-powers grounds, claiming that his intervention in Libya was unconstitutional. However, the current lawsuit goes further than any previous congressional lawsuit in that it is the entire institution of the House that is suing.

Although lawsuits against the President by members of Congress are nothing new, the record of success of such suits is dismal. The court has repeatedly ruled that Congress has other tools at its disposal to handle a misbehaving president, including passing laws, cutting off funding or just straight out impeaching the president.

Some Conservatives are Critical

Although this latest effort is coming from the Republican controlled House, some conservative commentators are critical of the lawsuit. They say that going to court is an attempt by Congress to dodge the far more difficult task of impeaching the president for abusing his office. They believe that impeachment is the only constitutional remedy for a presidential misuse of power.

Most Democrats are Critical

Some claim that even if the lawsuit is successful, it’s likely to backfire on Republicans in the long run. They point out that sooner or later the Republicans are going to control the White House, and they will not want congressional Democrats suing them over policy disagreements.

How has the President himself responded to the lawsuit? In a recent Rose Garden speech, President Obama declared, “So sue me.” The White House appears confident that the suit against them will fail, and that the whole exercise is merely election year political theater that will ultimately go nowhere.

So, is the lawsuit congressional oversight or political grandstanding? Only time will tell, but the lawsuit will definitely be a 2014 election year issue.

This article is from Kara Masterson, a freelance writer from West Jordan, Utah. She graduated from the University of Utah and enjoys writing and spending time with her dog, Max.