Product Liability Cases: What to Expect in the Settlement Stages 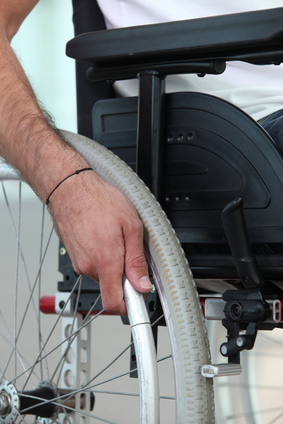 Health care giant Johnson & Johnson settled a class-action product liability lawsuit in November that will pay 7,500-plus complainants more than $4 billion. The lawsuit represented patients who were given defective metal hip replacements that caused pain, discomfort and metal debris to be released into their bloodstreams.

Carl Tobias, a product-liability professor at the University of Richmond, told Bloomberg that the amount of the settlement seems large, but is not near enough to compensate for the “grievous injuries” suffered by some of the patients. This highlights the give-and-take that comes along with product-liability cases.

All litigation starts with filing a complaint and service of the summons to the defendant(s). The defendants will either file an answer or some type of demurrer to have the case dismissed entirely or get certain individual claims dismissed. If any claims remain unresolved, the judge will order the parties to commence the discovery phase.

At this point depositions are taken, expert witnesses are interviewed and documents are exchanged to determine the strengths and weaknesses of each claim. Defendants may ultimately concede the case against them is strong and want to end litigation before any more information is discovered that could damage them further.

Some companies have clauses with their insurance providers that gives them, as opposed to the insurer, the final say as to whether the case can settle before trial. These cases typically have a better chance of settling quickly, since the middle man is cut out of the equation.

Once it’s established that the defendant is responsible for your injuries, a settlement can be negotiated. Product liability claims are different in that they involve manufacturers, distributors and retailers, all who could be deemed individually liable in different capacities. Thus one defendant (the distributor) would settle, but the manufacturer may want to take the case to trial. There may also be statutes in certain jurisdictions governing the maximum amount of damages possible.

Subrogation claims can also factor in. For instance, your employer is entitled to recover lost wages it pays you via workers compensation, once a case involving a workplace injury due to defective equipment settles. An insurance company that pays your medical expenses in the meantime is also entitled to recover funds via subrogation.

Once the court approves a proposed settlement, money can begin changing hands. Some attorneys work on a contingency basis (i.e. take a certain percentage of the settlement without any upfront fees to handle the case), while others draft more complex agreements. Make certain you understand the language of any agreement with your attorney before signing it.

The plaintiff’s cut can come in the form of a one-time payment or a structured settlement. The latter can potentially be liquidated later by selling the payments to a third party. More information about this option can be found at JGWentworthCashNow.com.

Plaintiffs should stay heavily involved in their case through every phase. Call and ask the attorney you hired any and all questions that come to mind. The more informed you are, the better prepared you’ll be when the case concludes.

This article is from Jacob Reeves: Law professor, blogger, and father.