One Million Used Cars Are Hiding A Terrible Secret 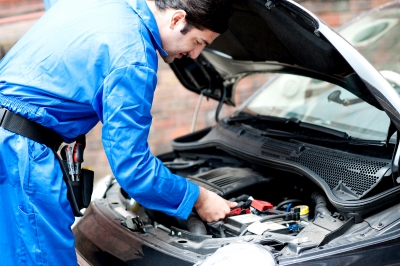 How do you know whether that used car you want to buy has hidden damage? An article at Huffington Post will definitely make you think twice. Please read the entire article. Here are the opening paragraphs:

Just because a used car is cheap and seems OK during a test drive doesn’t mean it’s safe to buy.

Criminals have devised ways to artfully conceal structural damage on used cars, allowing vehicles to be sold for a profit even though they may have been shoddily rebuilt after an accident or submerged in ocean water during a hurricane.

When insurance companies write off a vehicle as a “total loss” after an accident or other event like a flood or hail storm, the law in most states requires the vehicle’s title of ownership to be given a “brand.” That brand permanently marks the car as damaged goods to all potential future owners, but there are ways for it to be washed away. In the old days, it was done with chemicals. Now, photo editing software and digital scanners are used to print new titles. Or, cars can simply be re-registered in different states until the brand falls away.

Because there is no national titling law, incongruous state laws create opportunities for scammers to “title wash” wrecked cars, making them appear undamaged. Not only are consumers being ripped off, but they’re also putting themselves and others in danger when they unknowingly drive a salvaged car on U.S. highways.

The scam appears to happen on a large scale: According to the vehicle history provider CarFax, 800,000 cars in the U.S. — including at least 500 taxis — have been “title washed” to conceal their troubled histories.

Image courtesy of stockimages at FreeDigitalPhotos.net.