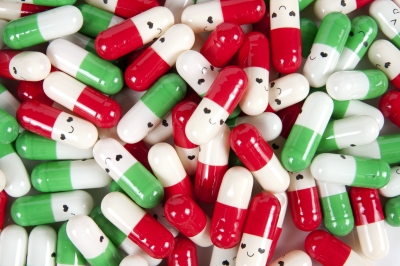 Here’s a case of unintended consequences — warning people that antidepressants might lead to suicide apparently causes the users to actually go ahead and commit suicide.

USA Today reports that according to a study published online in the BMJ, boxed “warnings that antidepressant medications might prompt suicidal thinking in some young people may have backfired, resulting in more suicide attempts.” While the study is “not the first to show that antidepressant use by young people fell sharply after warnings from the Food and Drug Administration and subsequent media coverage in 2003-04,” it appears to be “the first to link the change to an increase in suicide attempts among teens and young adults, researchers say.”

The Washington Post reports that the present study’s “findings are in line with research published in 2007” in the American Journal of Psychiatry, a publication of the American Psychiatric Association, “that documented a precipitous drop in antidepressant prescriptions in the wake of warnings from federal regulators.” At that time, Thomas Insel, MD, director of the National Institute of Mental Health, told the Washington Post, “We may have inadvertently created a problem by putting a ‘black box’ warning on medications that were useful.”

Bloomberg News reports that the present study found that as the public began to heed the FDA’s 2004 warning, “adolescent attempted suicides increased 21.7 percent and a 31 percent decline in antidepressant use was seen two years later.” Investigators also found that “attempted suicides among those ages 18 to 29 increased 33.7 percent.”

The Boston Globe reports on its front page that in order to evaluate “the consequences of the black box warning, the researchers looked at the rate of nonfatal drug overdoses in the subsequent years.” That is because “overdoses represent only 40 percent of suicide attempts but are considered the most reliable measure of trends,” the National Institute of Mental Health-supported study revealed.

The NBC News website reports that “researchers analyzed data from 1.1 million adolescents, 1.4 million young adults and five million adults” in arriving at their conclusions. For their part, “FDA officials said the agency has consistently tried to balance the warning about suicide risk with the reminder that depression itself is a serious illness that raises the risk of suicidal thoughts and actions.” In an email sent to NBC News, FDA spokeswoman Sandy Walsh emphasized “there are no plans to remove the warning.”

The NPR “Shots” blog quotes an emailed statement from the FDA in which the agency “defended its warnings. ‘The FDA saw an important risk signal with antidepressants and we put that information in the drug labels,’” the FDA “said, noting that it never intended to discourage giving kids antidepressants and making it clear that depression is a serious illness that needs to be treated.”