Dangerous Intersections in the US: Tips for Defensive and Safe Driving 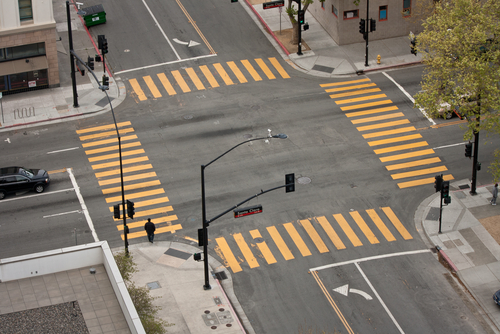 In 2013, the National Highway Traffic Safety Administration reported that approximately 33,000 fatal accidents occurred in the United States. There are certain intersections where the fatalities and injuries occur at a higher rate. Time Magazine analyzed data from 2002 to 2012 and used longitude and latitude points to compile data to determine the incident of fatal accidents that occur at particular intersections.

The following represents the top 10 most dangerous intersections in America:

Drivers everywhere can reduce the chance of injuries and fatalities by practicing defensive driving. The cause of these accidents varied, but most were attributed to increased traffic flow, a higher incidence of pedestrians and cyclists, as well as poor signage and aggressive driving. Here are five tips to practice defensive driving at any intersection:

In today’s busy culture, many of us are pressed for time. In order to be on time for work or personal commitments, drivers might feel the need to speed to get to their destination. When traffic is heavy, decrease your speed because the incidence of an accident is higher due to increased flow of vehicles on the road. When weather conditions are treacherous, allot enough time to get to your destination so you don’t feel the need to rush and subsequently speed. During nighttime driving, visibility is reduced so it is best to decrease your speed.

With the advent of technology, drivers are connected to their cell phones either talking or texting. Others are multitasking by engaging in personal grooming, handling food or beverages or daydreaming. Driving requires complete attention and even steering your eyes from the road for one second could mean the difference between an injury or fatality. An estimated 421,000 people were injured from distracted driving in 2012. The best policy is to keep your hands on the wheel, your eyes on the road and your mind on driving.

Tailgating is a common problem among drivers. Those who engage in this practice think they will arrive at their destination more quickly. Defensive driving means following the three-second rule (stay behind the car in front of you by a minimum of a three-second count). It is easy to forget some of these basics; brush up on the rules of the road on driving-tests.org.

High-eyes driving is a technique where you keep focused on the horizon instead of the car in front of you. By keeping your eyes “high” you can get an overall look of the entire traffic pattern instead of a single vehicle. It gives you time to react to sudden lane changes, stops and swerves. It keeps you alert!

Although your impulse is to move forward when the light turns green, it is a prudent idea to pause for a second to determine whether anyone is running a red light. If you are the first person at an intersection, you need to be aware of all lines of the intersection, looking right and left to avoid a potential accident.

Defensive driving is a practice that can avoid injuries and fatalities on the road. Always remember that safety is the primary concern for yourself and others.