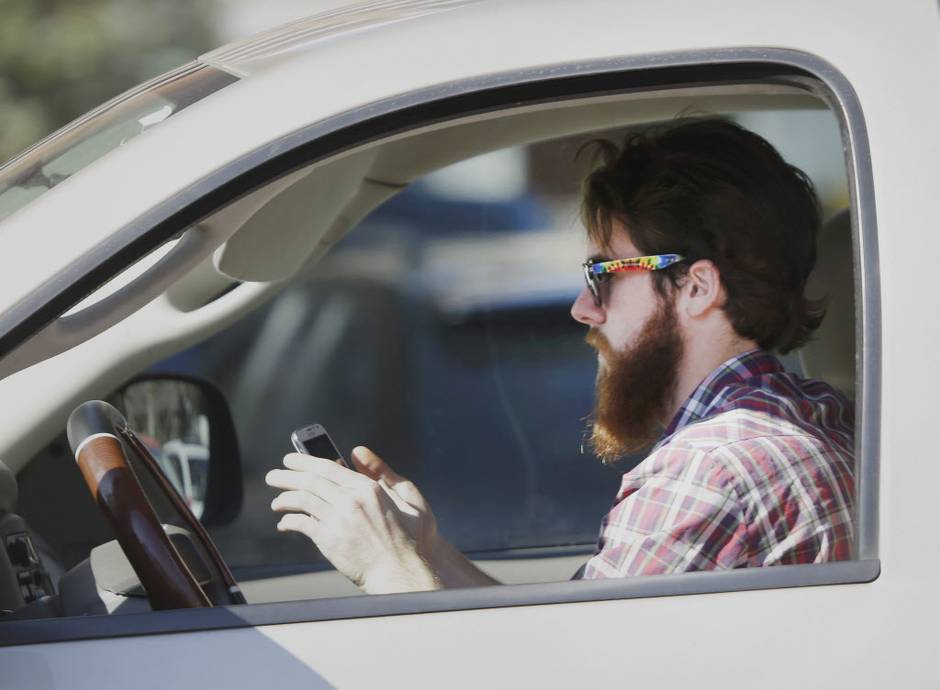 I’ve written probably a dozen blog posts about the dangers of texting and driving, and the foolishness that has kept Texas from having a law banning this practice. But I’ve never said it as well as yesterday’s editorial in the Dallas Morning News, so I’m just going to copy the whole editorial here:

Texas is one of six states that do not have a ban on texting by all drivers. For the state to remain a holdout on such a critically important safety issue is absurd.

State legislators heard emotional testimony last week in a House Transportation Committee hearing on a distracted-driving bill. Among the speakers was a father whose 6-year-old son, awaiting an ice cream truck, was struck and killed when a driver reached to get his cellphone.

The Texas Medical Association reported to lawmakers that 95,000 crashes and 460 deaths were attributed to distracted driving in Texas in 2013.

There’s plenty of fodder in national statistics, but the most disheartening figure comes from one national study that shows 11 teenagers die every day because they can’t break their electronic addictions in the car. Unfortunately, many get a clue from their parents that it’s OK to text and drive and thus model adult behavior.

So why doesn’t Texas have a statewide ban on texting while driving? Because an intractable governor, Rick Perry, vetoed a bill in 2011, saying it was an effort to “micromanage the behavior of adults.”

Really? Texans don’t object to micromanaging when it comes to banning people from driving while drunk. Today, among teens, texting and driving has become a bigger hazard than drinking and driving.

Texans may have initially objected to wearing seat belts, another case of micromanaging in the name of safety, but today, almost everybody buckles up; children are carefully strapped into their car seats.

Perry fought to keep government intrusion out of private lives, and he had a lot of followers on that issue. Texans have long embraced the philosophy of live and let live. That may be OK with issues that have little to do with life or death, but should we embrace a motto that says live and let die?

Bipartisan legislation (HB 80) sponsored by Rep. Tom Craddick, R-Midland, would prohibit motorists from using a wireless device to read, write or send a text message while driving, unless the vehicle is stopped and outside of traffic lanes. An offense would be a misdemeanor, punishable by a fine up to $200. The bill, being sponsored by Judith Zaffirini, D-Laredo, in the Senate (SB 25), would not affect cellphone bans already enacted in 40 cities across Texas.

This is the third try for Craddick, after Perry’s 2011 veto and after a 2013 bill failed to gain traction. His bill cleared its first hurdle this week when it was passed out of committee.

Craddick is optimistic that if it passes, Gov. Greg Abbott would sign it. Although the new governor expressed concerns similar to Perry’s in his campaign, he now appears more open to the idea.

Perhaps he can be persuaded. Now is the time for Texans to write their legislators and say: Pass HB 80 — and CC the governor.

This is a no-brainer.

Want to see Texas enact a statewide ban on texting while driving? Contact your legislators and urge passage of HB 80 and SB 25.

To find out who represents you, visit www.fyi.legis.state.tx.us/Home.aspx, where you can type in your address to see a list of your lawmakers, with links to their websites.