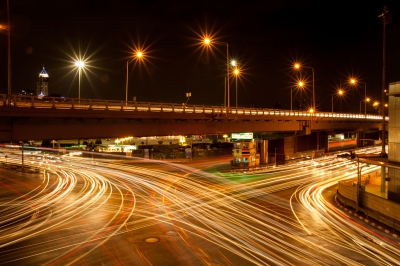 Even as the number of drunk drivers on the road has fallen dramatically over the last 30 years, the total number of impaired drivers is increasing. While there are many indications for this trend, take a look at a few of the key reasons why impaired driving numbers are up:

Even as the number of drunk drivers on American roads has dropped considerably over the last decade, drugged driving is on the rise. In a voluntary, paid study where motorists were given the chance to answer questions and take a drug test without risk of arrest, the National Highway Traffic Safety Administration (NHTSA) found that 15 percent of all motorists tested positive for at least one illegal drug.

That figure includes marijuana in states where it is illegal. Among all drivers who participated in the study nationally, 12.6 percent tested positive for marijuana use. Unlike with alcohol, marijuana and other illegal drug testing cannot generally determine how recently the user consumed a substance. Still, more people in the United States are using some form of mind-altering substance than at any time in the last three decades, and that includes those who get behind the wheel.

Teens are Drinking and Driving More

According to Mothers Against Drunk Driving (MADD), teens are killed more often in car crashes than by any other cause. Around a quarter of all those crashes involve a driver who is under the legal drinking age. According to Rod Gregory, a DUI lawyer in Edmonton, teens and other new drivers are much more likely to crash a vehicle after drinking, due to their inexperience behind the wheel and unfamiliarity with setting drinking limits.

Drug Testing of Drivers is Increasing

Drugged driving statistics seen in the media are obtained from voluntary surveys, but also by drug testing of drivers who are suspected of being impaired. In past times, law enforcement less-frequently put suspected impaired drivers into custody if they tested negative for the presence of alcohol. As drug testing systems have become less expensive and drugged driving laws have tightened, though, many more suspects are being tested. This gives the impression that the rise in drugged driving has been huge, though this can be misleading.

This factor takes a little bit of a deeper look, but today’s new cars feature many more distractions than in days past. As a result, there are an abundance of distracted drivers on the road—impaired or not. If someone is under the influence and texting, fiddling with a GPS navigation system, or posting Twitter updates while driving, the level of their impairment is only compounded.

Although drivers can be happy that drunk driving numbers are down, there are other concerns at hand. As impaired drivers take the wheel, collisions, deaths, and ruined lives abound. With organizations like MADD and the NHTSA working towards solutions and cracking down on offenders, we can hope for safer streets in the future.

AUTHOR BIO: This article was written by Dixie Somers, a freelance writer from Arizona who loves to write for business, finance, and women’s interests. She lives in Arizona with her husband and three beautiful daughters.

Photo credit: freedigitalphotos.net via a454.