How Much Trouble With The Law Can You Really Get In From Shoplifting? 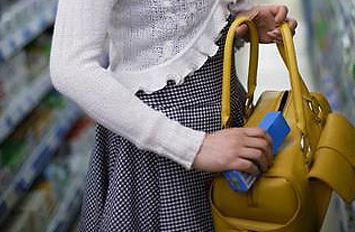 Each year, shoplifting costs billions of dollars in stolen merchandise for companies. Shoplifting occurs when people take valuable items from businesses with the intention of keeping them. Stealing from a store is just one example of shoplifting. Other examples include switching price tags on items, dining at a restaurant without paying and eating food in a grocery store without purchasing it at the check-out counter. In some states, shoplifting is referred to as “petty larceny” or “petty theft.” However, there is nothing petty about shoplifting. It is a criminal activity with serious consequences. The punishment for a shoplifting arrest can cause a lifetime of trouble for the offender.

Depending upon the laws in the state in which the theft was committed, the shoplifter may be fined up to $500. The amount of the fine is determined by the value of the item.

Depending upon the guidelines set forth in the state law, shoplifters may receive up to 30 days in jail. First-time offenders may receive the least amount of time while repeat offenders may be punished to the fullest extent of the law. A competent criminal attorney may help offenders avoid jail time altogether.

In addition to fines and incarceration, many shoplifters are required to pay restitution to the business that was affected by their actions.

An arrest for shoplifting is put on a person’s criminal record. This arrest remains on the record for years. The effects of shoplifting on a criminal record include inability to get a professional license and possible prevention of employment.

Shoplifting arrests are public records. With the assistance of a computer or a visit to the courthouse, any interested party has access to public records. This public access can be embarrassing to the offender.

In some cases, a judge may ban a shoplifter from shopping at a store or mall in which the items were taken. If they are caught shopping at the store after the ban, they may be arrested.

Potential shoplifters should think twice about the long-term consequences of committing this crime. There is no item worth the hassle of getting caught. It’s important to speak with a lawyer if you are facing charges, say the experts at Clark & Clark LLC.