Rural Living Versus City Life: Which Do You Think Is Safer? 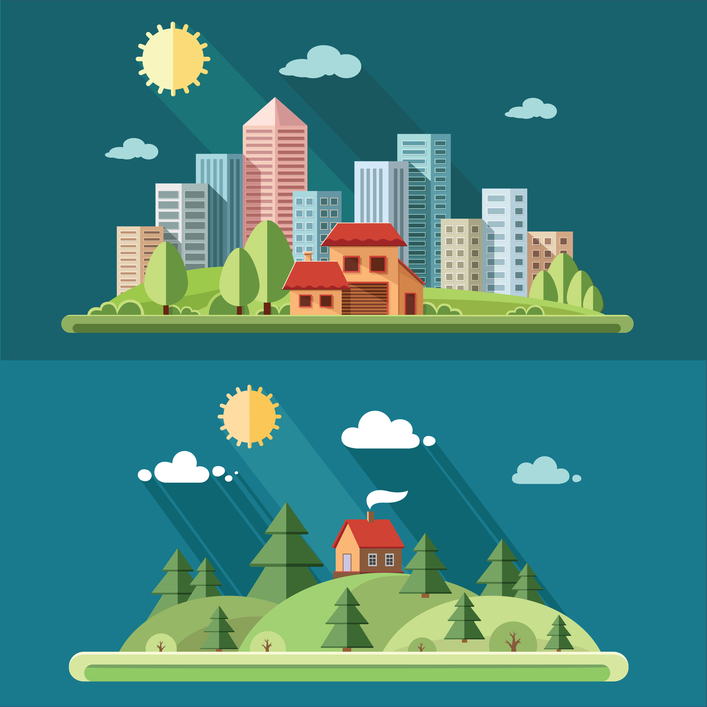 Traditionally, living in the country has evoked images of carefree and tranquil days, whereas big city life has been associated with plenty of hustle and bustle and higher crime rates.

However, as Time notes, many of these stereotypes are not true. Many of America’s major cities have become safer than ever, and the risk of dying due to an injury from a violent crime or accident is actually 20 percent higher out in the country. In addition, notes Big City Driver, when you weigh the statistics, city driving is actually safer than country driving. For example, as a study by the Arizona Department of Transportation notes, while there are more drivers and therefore more accidents in the city, the car crashes that take place in rural areas cause more deaths and serious injuries.

Do Your Research Before Moving

In order to find out how safe a specific area is, you can contact the local police department; they should have statistics and reports on crime that they can share with you. You can also use an online risk calculator to help determine the various risks of living in a certain area; tools like this can also help you to identify and determine the pros and cons of various cities and towns.

Living in the country has its advantages. First, for people who are being careful with their money, the rural life tends to be a lot kinder on the wallet. As anyone who lives in major metropolises like San Francisco, Boston and New York City knows quite well, the cost of living is extremely high in the city. On the flip side, in smaller towns your dollars will stretch a lot further, to maintain the same standard of living, a salary of $85,000 in Boston could decrease to around $53,000 in Des Moines, Iowa. In addition, rural living typically includes plenty of physical space between homes, less air pollution and the chance to be up close and personal with Mother Nature. Rural communities also tend to be friendly and welcoming, with everyone knowing everyone else. Of course, depending on your personality, some of these pluses of country life could be major negatives — not everyone wants to be greeted by name when swinging by the local store for a quart of milk, and some rural areas are dozens of miles from the closest major city, which can make shopping for major purchases and accessing hospitals difficult.

Living in an urban environment also has its advantages. Most cities have plenty of malls, hospitals, and schools, which is not only convenient but comforting. For instance, people who have chronic medical conditions may appreciate being close to a variety of doctors and specialists in a major metropolis, and parents often like the ability to choose which school their children will attend. In addition, many big cities have amazing public transportation systems which can reduce or eliminate your dependence on cars. Cities also offer a sense of anonymity that many people see as a plus — it’s easy to blend in and be part of the crowd in a city of millions. Big cities also tend to be cultural meccas, filled with dozens of museums, art galleries and concert halls.

Author info: Alison Stanton has been a freelance writer for the past 15 years. She enjoys writing about a wide variety of topics, and always looks for opportunities to learn about new subjects.