Speeding Ticket Tricks: How to Fight Back and Win 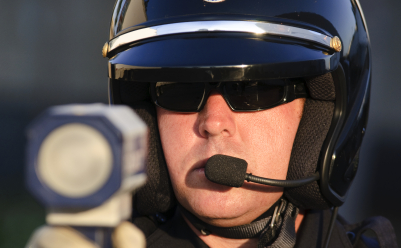 For most drivers, beating a speeding ticket without the assistance of a traffic or criminal defense attorney is going to be a difficult task. These situations often come down to the judge believing your word or the officer’s, but there are some steps you can take to stack the cards in your favor. Here is a closer look at some of the strategies drivers and their legal representatives have used to beat speeding tickets.

Prove You Were “Legally Justified”

This strategy is not used to prove you weren’t speeding, but that it was legally justified due to variables outside of your control. This is not the most common route for speeding tickets, but it may work in some cases because it raises a number of unique points. One example would be a driver that has sudden chest pains and is not far from the hospital so they went over the speed limit. It might also be that you were following the flow of traffic around you.

A “Mistake of Fact”

When signs are not clearly posted and drivers are not aware of what conduct is expected of them, then they may be able to prove a mistake of fact. This type of defense is most common when the speed limit changes suddenly, and the change was not clearly posted. If the type of roadway changes without the driver having been there before, this defense might be a good option as well. If the officer makes up a reason for stopping you like “failure to maintain lane” or “improper lane change,” Druyon Law suggests you use this in your defense.

When it comes down to the officer’s word versus the driver’s, it is most likely the officer will win unless you and your attorney can raise some doubts about the officer’s observation. For instance, the officer may have been traveling at 65 miles per hour on a crowded freeway making it nearly impossible to accurately gauge how fast you were actually going. This tactic often requires evidence such as witness statements or photos of the roadway.

Depending on the state where you received your ticket, the posted speed limit may not be an absolute speed limit, but instead creates a legal presumption on the safest speed for that road. If your attorney can prove that your conditions allowed for a higher speed, then this argument may work. Around 20 states currently have subjective speed limits.

With higher insurance rates, court fees, and DMV fines, even a single speeding ticket can become a major financial burden for a driver. Anyone that has recently been stopped and issued a ticket should contact a lawyer to determine their options for protecting their record and their finances.