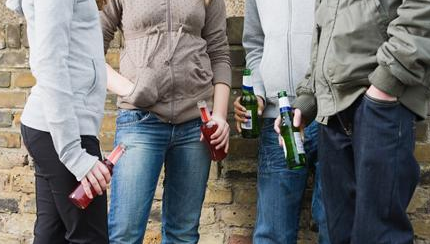 Underage drinking raises significant public health and safety issues on a national scale. Enactment and enforcement of underage drinking laws like the following have had a significant impact on consumption of alcohol by minors. Take a look at which laws have been able to make progress with young drinkers today.

Obtaining and using fake IDs before 9/11 was common. Although still circulating, they’re nowhere as easy to get, and there are stiffer penalties involving fines and/or jail time if a teen gets caught using one. That’s the law in all 50 states now, and because it’s impossible for police to monitor the age of all customers at bars and liquor stores, minors that do get caught face more severe penalties.

This involves individuals serving or permitting alcohol to be consumed in their home by minors. Both criminal and civil liability can attach. Those held accountable are ordinarily the individuals that provided the alcohol. They’re often parents of minors, but can be found guilty if they knew, or should have known that alcohol was being consumed in their home by minors.

Possession of alcohol laws are also focused on retail establishments. Because they’re adults selling to minors, penalties are ordinarily stiffer with larger fines for retail establishments. Liquor licenses can be put at risk too. Stings are usually done with a minor entering the liquor store with somebody that’s an adult. The minor pays for the liquor, and the adult, an undercover law enforcement officer, will make the arrest or issue the citation. These stings impact the amount of alcoholic beverages that get into the hands of minors.

In all 50 states there are “zero tolerance” laws for any individual operating a motor vehicle with any amount of alcohol in their blood. Even consumption of a single beer and then driving can result in a DUI charge, and a license suspension or revocation. A National Highway and Traffic Safety Administration study has shown a 20 percent decline in single car crashes after sundown that involve motorists who are minors since zero tolerance laws were enacted. Almost all states require underage motorists convicted of zero tolerance laws to obtain an evaluation and successfully complete either a drug/alcohol educational program or alcohol rehab. Failure to do so can result in jail time.

Because of strict enforcement of these laws, underage alcohol consumption has been significantly reduced. Fewer underage traffic deaths are occurring, while alcohol related teen accidents are also down.