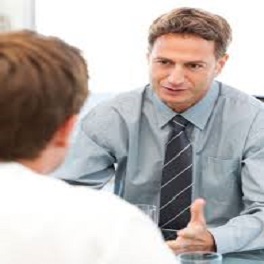 Most of the time, people have no problem speaking with police. However, what often begins as a simple discussion ends up with the person being charged with a crime. Yet, while most people believe they are obligated to speak with police at any time, the fact is a person should never say anything without an attorney being present.

Keep Your Ability to Negotiate

Even if you are guilty, it’s best to not admit that right away. An attorney can use that time to negotiate a plea bargain or reduced sentence in exchange for a confession. In some instances, an attorney may find new evidence that could lead to the charges being dismissed.

Authorities May Assume You Are Lying

During a conversation with authorities, you may inadvertently leave out details that could prove crucial in proving your innocence. If this happens, law enforcement will automatically assume you are lying and trying to hide something.

Don’t be Fooled by Offers of a Lower Sentence

One reason many people talk to police is because they are told that if they do, they will receive a lesser sentence and the police will put in a good word for them. That never happens, since police do not have the authority to offer any deals based on a person’s statements or confessions.

If a person has unknowingly been involved in illegal activity, speaking with police alone could result in charges. By having an attorney present, people can avoid being charged with a crime that could greatly alter their lives.

Wrapping Up a Case

Once police charge someone with a crime, they simply want to wrap up the case as soon as possible, sometimes without concern for a person’s guilt or innocence. Having an attorney present will lessen the chances of this happening, since it will diminish the chances of saying something that can be used against you.

In some cases, police fail to inform people of their Miranda rights or people say they understand them when they don’t. Since anything you say can and will be used against you, having the assistance of an attorney can ensure you have been read your rights, understand them, and know what to say or not say.

Being charged with a crime can put one’s freedom and way of life on the line, so it’s crucial to have the best legal representation possible in order to protect your civil and constitutional rights. It’s important to speak with an experienced attorney as soon as possible if you are facing charges, say the experts at Druyon Law.