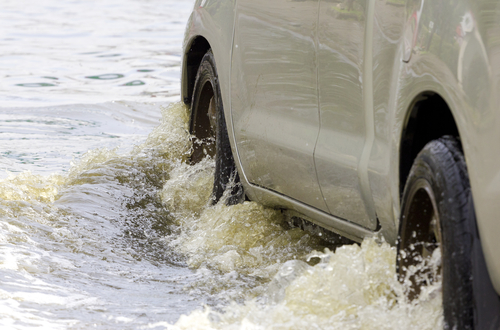 For most people, a car is nothing more than a means to get from point A to point B. Although some people buy cars for practicality or for flair, few buy cars with life-saving functions in mind.

The news is filled with stories about natural disasters. For example, the Polar Vortex of 2014 left millions in the North Central and Eastern U.S. stranded in freakishly cold weather and without power. California faces the worst water shortage in the state’s history and major earthquakes are always looming. Furthermore, areas of Texas and Oklahoma just experienced flash floods that claimed lives and ruined homes. Although you hope that your car will never be needed for anything more than driving around town, here are some of the best vehicles to have in your garage in case disaster strikes:

The Jeep Wrangler is one of the toughest and most versatile American SUVs on the market. Chrysler has been producing them for decades, so the design is down to a science. It doesn’t matter if your Jeep was built in 1995 or 2015, it’s one of the very best to tackle rain, rock, snow or mud.

Bonus: Used models are affordable, and there is a huge market for Jeep accessories that make it even more capable of navigating the harshest terrain.

Even though gas prices are at a record low since they peaked in 2008, our constant involvement in the Middle East leaves the future of fossil fuels in question. It’s not likely that gas will run out soon, but many consumers are losing confidence in affordable prices at the pump. Once gas prices jump back up, hybrid and electric cars will soar in price.

The most famous electric car right now is the Tesla Motors Model S, but it starts at more than $70,000 for a base model. Instead, the hybrid electric Chevy Volt retails for less than $27,000 and has come a long way since its first model a few years ago. The Volt has a total range of 380 miles and is a great vehicle to combat dependency on gas once and for all.

You don’t normally associate the Southwest with rain and flooding, but the summer monsoons of Arizona can produce deadly flash floods and difficult driving if you don’t live in metro areas like Phoenix or Tucson. The Toyota FJ has a high clearance to tackle shallow flooding and shares many of its best qualities with the Jeep Wrangler.

Note: Toyota discontinued the FJ last year, so the price of replacement parts could rise over the years. However, the silver lining is that the price of used models have dropped slightly, so many used car retailers in the Southwest will carry them for years to come.

It’s a common myth that SUVs are the best vehicles to tackle the snow. In fact, their high-profile builds can make them awkward on the road. Instead, the Subaru Outback is a low-profile sport wagon with all-wheel drive and tires that grip the snow like it were asphalt. And because the Outback is a wagon and not an SUV, it has much better gas mileage for city driving if you have to navigate through snow in urban settings.

Author info: Jim Burch: Born and raised near St. Louis, I developed an obsession for baseball and the Cardinals. College days brought me south to Kentucky where I studied creative writing and journalism while working as an editor for the Murray State News. These days, I write diverse and sexy copy and hone my physical prowess at my CrossFit gym in Chandler, AZ. My specialties range from movies and television to consumer technology to health and fitness.