Identity Theft and Fraud: A Year In Review 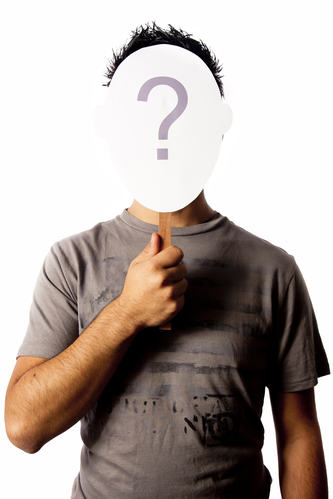 2015 was a busy year in the world of fraud and identity theft. From the Target credit card breach to the IRS hack to the Ashley Madison scandal, a number of high profile security incidents have brought personal data security to the forefront of everyone’s attention. The bad news is that more Americans than ever before are finding themselves the victim of some form of identity theft. The good news is that the proliferation of fraudulent criminal behavior is making everyone more aware of the risks of living in an increasingly digital world. Individuals and businesses are being more careful with how they access and share their personal information, which offers a glimmer of hope that 2016 will see a much-needed drop in these kinds of unfortunate incidents. Before we head into the new year, here’s a review of some of the most notable identity theft statistics from 2015.

A fraud claim was filed every two seconds this year. Just because a complaint was filed doesn’t necessarily mean that fraud was committed. Still this remains a fairly alarming statistic. The Federal Trade Commission’s finding account for all levels of fraud, from large scale attacks that affect millions of users to single-victim incidents, but it’s safe to say that the uptick in corporate-level intrusions has greatly increased this number. Although we’re still waiting on additional data from 2015. In 2014 the total amount of money lost due to fraud was nearly $16 billion.

Incidents of identity theft related to stolen government benefits or tax fraud accounted for nearly 40 percent of all incidents in 2015. That’s nearly as much as bank, credit card and utilities fraud combined. This is at least partly due to a May hack that gave hackers access to 100,000 tax accounts. How did they pull it off? By successfully answering security questions related to each individual. In general, security questions are meant to provide an additional safeguard against this kind of intrusion, but they can also provide an easy breach point if users aren’t specific enough. If your dog’s name is Fido and your favorite place to vacation is Disney World, don’t use these as answers to your security questions because they’ll be a lot easier to crack than your password.

Due to highly transient populations, the Pacific Northwest and the Southwest are both hotbeds for fraud-related activity, but neither can hold a candle to Florida. There were over 1,000 complaints per 100,000 Floridians in the past year, due in large part to the elderly population which relies heavily on government benefits and services. Florida’s reliance on tourism also adds fuel to the fire, and the lack of a state income tax means that tax forms are likely to receive less scrutiny at the state level. This all adds up to a perfect storm of identify theft-related behavior. Curious to know where your state ranks? Use Lifelock’s Online Risk Calculator to find out.

When it comes to having your credit card number or personal identification stolen, it’s still more likely to happen in a physical setting, like over your shoulder in a crowded bar or as a result of an auto burglary. However, rates of online identity theft are quickly growing and look to surpass rates of physical theft within the next 10 years. What’s the most common source of online identity theft: retail shopping sites.

Author information: Aaron Rote is a Chicago-based writer who specializes in entertainment, outdoors and craft beer culture. He is an avid runner and hiker who is currently teaching himself to commute by bike without being hit by a speeding bus. Having recently relocated from the Pittsburgh area, he is also torn between his loyalty to the Pirates and his new home team, the Cubs. Check out his blog at www.thelastnewguy.com.