Common Car Accident Injuries That May Take Months To Heal 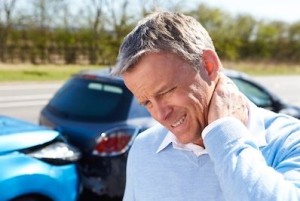 Car accidents are incredibly common with many people injured in them every year in the United States. While some people escape a car accident with little more than a feeling of anxiety and a few scrapes and scratches, many people are critically injured each year. Others find that their lives are not in jeopardy but that they have to suffer for weeks or even months or years following their accidents. These are the top car accident injuries that may take a surprising amount of time from which to heal.

Often thought of as a non-specific complaint made by victims who want to squeeze as much money as possible out of the other party, whiplash is actually a very real problem. Whiplash is a soft tissue injury that occurs when the head is forced forward and then back very quickly. It can harm the muscles and connective tissues in the neck and upper back and may take several months for complete recovery. In fact, some people deal with chronic pain from whiplash for the rest of their lives. Several treatments, including pain medication, muscle relaxants and physical therapy, may reduce the discomfort associated with this type of neck sprain.

A more serious problem that can also affect a victim for the rest of his or her life is a brain injury, which occurs with trauma to the head. Those who hit their heads on anything during a car accident should tell the paramedics, who will know exactly how to respond to reduce further injury. Head trauma can lead to a concussion or to swelling of the brain. Victims should be sure to note if any symptoms occur even several days after the accident because a head injury may not show up right away. Major brain swelling may lead to permanent paralysis or difficulty speaking.

Because most of the important organs of the body are housed in the chest and abdomen, any trauma to these areas during an accident can be dangerous. A force applied to the chest could puncture a lung or bruise the heart, leading to difficulty breathing or sudden cardiac arrest. Organs that can be injured in the abdominal region include the stomach, intestines, spleen and kidneys, leading to problems with digestion, urination and more. These types of injuries can land a person in the hospital for a lengthy time and may even lead to extended rehabilitation times at home or in a nursing facility.

Broken bones and sprained joints can take months to heal, during which time the individual may have a great deal of difficulty living his or her life to the fullest. Treatment usually includes rest, immobilization of the joint or bone and over-the-counter or prescription pain medication.

Almost any joint can become sprained in a car accident although arm and leg sprains are the most common. Other similar problems include torn ligaments or even a torn meniscus in the knee. A personal injury lawyer should be consulted by anyone who is injured in a car accident.

Some of these injuries may not show up right away. Many people find that the pain begins several hours or even a day or two after the accident occurs. Others notice that headaches become much worse a month after the accident. Because of this, it is vital for victims to work with a car accident legal expert to keep track of any legal paperwork that needs to be filed and to fight for their rights. Instead of simply living with an injury, victims can fight for the compensation that they are due for both physical and emotional duress.