7 Long-Term Consequences of a Criminal Conviction 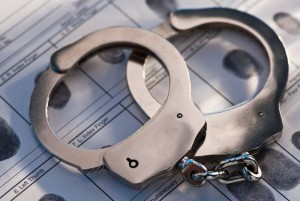 If politics are important to you, you may have to forget about ever taking part in the political process again after a criminal conviction. In most states, you will not be allowed to vote with a felony on your record. You won’t be able to run for office either.

If you are an avid gun enthusiast, you should know you will have to give up your guns after a felony conviction. Federal law specifically prohibits felons from owning firearms. The second amendment only applies to non-felons.

Certain jobs require licenses and certifications. Those with criminal records are often barred from obtaining such licenses. You will, for example, never be allowed to be a legally licensed pawnbroker.

Convicted criminals are specifically restricted from joining and enlisting in the different branches of the military. For an exception to take place, the Secretary of Defense has to approve it.

If you’re used to full-time employment, you may find yourself hard pressed to find good work after leaving prison. Most employers do background checks and screen employees for their criminal records.

According to Appleton criminal defense attorneys at Hammett, Bellin & Oswald, LLC., you could lose your license if convicted of a DUI. The first offense could result in up to a nine month license suspension. A third DUI charge could result in a three year suspension.

Like it or not, criminals gain a stigma that is very hard to get rid of. Your reputation with the community and even your own family members could remain tarnished for the rest of your life.

Overall, a criminal conviction can have extremely negative consequences for the long term. Do your best to avoid committing criminal acts. If you have been charged with a crime, hire a good attorney and try to mount a vigorous defense. The stakes are high.