Business Acquisitions: Understanding the Legal Aspects of Absorbing Another Company 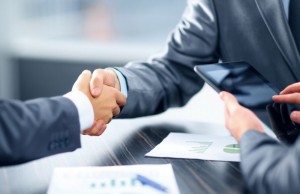 Mergers and Acquisitions have become a specialized part of the business world since the takeover wars of the 1980s. The process of buying a company is one of the most complicated transactions there is precisely because a company’s property can be both varied and part of a complex ownership structure which may involve multiple levels of detail and legal ramifications.

When one company buys another, it assumes all the assets, liabilities and obligations of that company. This can be a source of potential problems if the company being acquired has significant debt, is entangled in some kind of dispute or has operational problems. Business attorneys like those in the Carter West firm will often advise their clients to take their time in due diligence. Once the transaction is complete, the acquiring company will have responsibility for those problems just as if they originated in their own offices.

A popular acquisition strategy for larger companies involves acquiring smaller companies if they have incurred heavy losses during recent fiscal years. This allows the larger company to accumulate something called “net operating losses” or NOLs. The strategy involves offsetting these losses against the larger company’s earnings. If the combination of the acquisition price and the tax advantages produce a higher net return, then it makes sense to acquire the smaller company just to get access to its net operating losses.

There can be significant benefits to bringing an acquired company into an ownership structure instead of merging two companies together. For one thing, in the event of the purchased entity becoming a wholly-owned or partially-owned subsidiary, the acquired company’s operations won’t be disrupted, and neither will the acquiring company’s. Secondly, the contracts, business relationships and financial structure of the acquired company may be best left intact for tax purposes, easier (and less expensive) accounting and a variety of ownership reasons.

Third, and likely the most important reason, the acquired company’s stock may experience a dramatic price shift post-acquisition depending on how the purchasing transaction was structured. This may lead to tremendous gains for the acquiring company which may either offset or eliminate the entire expense of the transaction. This can be a common occurrence with merged companies and is part of the reason acquisitions are so popular.

Mergers and acquisitions remain a complex subject, but navigating the jungle of options often leads to operational, tax, valuation and legal advantages that would otherwise take many years and incredible capital to achieve independently.