Five Negative Consequences Of Driving Under The Influence 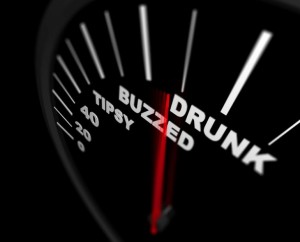 Driving under the influence is a very serious crime nearly everywhere in the country. Judges and prosecutors are pressured to impose stiff penalties on anyone found committing this crime. The consequences can be far-reaching. Here are five negative consequences of a DUI.

A Permanent Mark on Your Record

One of the most devastating consequences of a DUI is a permanent mark on your criminal record. This will impact your entire life. It can make it hard or impossible to get a job, apartment or federal loan. It can prevent you from getting insurance for any reasonable rate. It can exclude you from certain federal programs.

A DUI conviction can lead to possible jail time. The amount of time you serve is based on your jurisdiction. You could spend a few days in jail or more than a year. You might have to spend years in prison if the DUI resulted in particularly egregious damages or injuries to others.

It has become very common for judges to penalize people convicted of a DUI with financial fines. Judges have a good amount of leeway when it comes to the amount of the fine. You might have to pay just a few hundred dollars. Certain jurisdictions have maximum penalties of tens of thousands of dollars. These must be paid and cannot be discharged through bankruptcy.

There is a good chance that you will lose your driver’s license after a DUI. It might simply be suspended for around 30 to 60 days. If your actions were exceptionally bad or resulted in serious injuries, then your license could be revoked for years or permanently. It is not easy to get a permanently revoked license back.

A final consequence of a DUI is that your vehicle might be impounded or fitted with special devices. Your vehicle can be taken away due to a DUI charge. Alternately, an ignition lock device might be installed to prevent you from driving drunk. You have to pay for the device while it is installed as well.

Although the penalties for a DUI grow with each subsequent conviction, a single charge could be enough to ruin your life. This is especially true if you are not represented by a good lawyer. The best course of action is to avoid drinking and driving at all costs even if you feel fine at the time. If you do get a DUI, be sure to speak with a Jacksonville criminal defense lawyer right away.