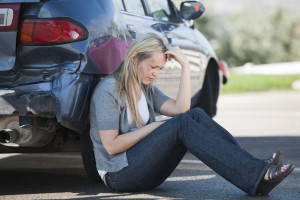 Accidents happen every day, and there are two sides to every accident story. If there are no witnesses to an accident, and it’s one driver’s word against the other’s, circumstantial evidence might tell what happened. Here are four signs that another driver was likely liable for your auto accident injury.

These are the most obvious circumstantial evidence cases. If you’re stopped at a red light and rear-ended, it’s highly likely that the driver who hit you simply wasn’t paying attention to traffic conditions. Damage to the front of the vehicle that hit you and to the rear of your vehicle should tell what happened.

Failure to Yield From a Private Drive

Whether another driver was going forward or in reverse from a private driveway, if there’s damage to the passenger side of your vehicle, it points to liability on behalf of the other driver. Even if that driver crossed a lane of traffic while entering a roadway from a private driveway and hit you on the driver’s side of your vehicle, he or she is likely to be found liable for the accident.

If somebody makes a left turn in front of you, you’re likely to move to the right to try to avoid a collision. Damage to the left front corner or left front quarter panel of your vehicle tends to show that you moved away from the turning vehicle in your attempt to avoid the accident. Corresponding damage to the right front corner or quarter panel of the turning vehicle operates to support your version of events. Claims Journal cites a U.S. Department of Transportation study indicating that 53.1 percent of all crossing-path accidents involve left turns.

Circumstantial evidence can support a verdict. When the opposing party admits fault, that admission can be used against them too.