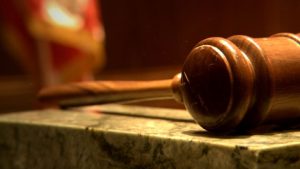 After the U.S. Constitution was drafted, it went to the various states for approval, but many states objected to the draft as it didn’t address certain fundamental rights or personal freedoms. Two years later, the Bill of Rights was incorporated into the document as its first 10 amendments, and was ratified. With the induction of these rights, the people of the United States then became some of the most protected people in the world. Here are just a few of your constitutional rights that are fundamental to your individual freedom.

Ideas, opinions and even art are protected speech. You have the right to express yourself and listen to the expressions of others, whether in public or private, so long as you don’t knowingly or recklessly make false remarks about another. As per the First Amendment, you’re even free to criticize the government. While this law gives you the right to share your ideas freely, it doesn’t mean you are free from the consequences of your speech.

The Right to a Trial in a Criminal Case

The Sixth Amendment guarantees the right to a speedy and public trial in a criminal case. Criminal defendants also have the right to know who has accused them of a crime and confront them in open court by cross-examination through a lawyer, like those at Tarkowsky & Piper Co., L.P.A., in either a jury trial where 12 people determine guilt or innocence or a bench trial when a judge hears all of the evidence and decides the case. A defendant might even choose to waive a speedy trial, cross-examination or a jury trial.

The Seventh Amendment involves itself not with criminal courts but with civil courts and common law cases where the amount in controversy exceeds a certain dollar figure. These common law cases ordinarily involve contract and personal injury lawsuits. Unless waived, the litigants have a right to a jury trial in certain types of civil cases. All states have adopted the Seventh Amendment into their own constitutions in one form or another.

Equal Protection Under the Law

The Fourteenth Amendment wasn’t part of the Bill of Rights, but it was made the law of the land after the Civil War in 1868. It provides that no state can deny to a person within its jurisdiction, equal protection of the laws. Although the amendment was aimed at the states, it was later held to apply to the federal government too pursuant to the Due Process Clause of the Fifth Amendment. Equal protection is broadly interpreted to include all people, without regard to race color or nationality.

Although there have been thousands of proposed amendments to the U.S. Constitution, it has only been amended 17 times after the inclusion of the Bill of Rights. It guarantees your personal freedom.