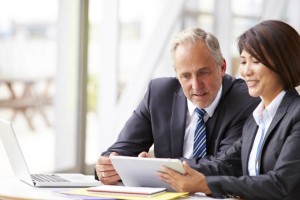 Being accused of a crime can leave you feeling confused and anxious. You need to take control of the situation immediately. This means knowing how to react and what actions to take after charges are filed. Here are the top six best pieces of advice for dealing with a criminal charge.

The most important piece of advice is to hire a criminal defense lawyer as soon as you can. It is critical that you start working with an attorney the moment you learn about the criminal charges. An attorney will work hard to defend your rights and prove your innocence. Lawyers can sometimes negotiate the charges down to almost nothing or win alternative punishments instead of jail time. For example, a DUI Lawyer can help get your charges reduced or dismissed if you’ve been charged with a DUI. An attorney is your most valuable asset when facing criminal charges.

Do Not Discuss the Case with Anyone

You do not want to discuss the case or criminal charges with anyone besides your lawyer. Do not attempt to give out details or tell friends what you believe happened. Do not talk to people while you are detained in jail or the police even if you are just insisting your innocence. You especially do not want to approach anyone involved in the case such as the person making the criminal claim. Anything you do say could hurt your defense later even if it seemed innocent at the time.

You want to make every effort to post bail after the initial arrest. Bail bond agencies can help. The reason this is important is that you will have trouble assisting in your defense and maintaining your normal life if you are confined in jail for weeks or longer waiting for the criminal charges to be resolved. Being outside jail gives you the freedom to work on your defense aggressively.

Write Down Everything You Remember

Stop and privately write down everything you remember quickly after being charged with a crime. You want to write down all the details about what happened before, during and after the event. Do not show anyone but your lawyer what you wrote. Writing this information down will help you to remember small and potentially important details later after your memory of the events starts to fade. The information you write down could make a difference later.

Never Sign Confusing Documents or Agree To Deals Without Representation

Prosecutors might attempt to trick you into giving up your rights and signing a settlement to prevent going to trial. Some tactics prosecutors use are underhanded such as presenting you with a settlement document while leaving out key details such as massive fines, additional charges or long jail terms. You never want to sign confusing documents or even informally agree to deals unless you have legal representation in the room. Your attorney will advise you about the best course of action if a deal or document is presented by the prosecutor.

Preserve and Protect All Evidence Dealing With the Charges

You might have some evidence related to the criminal case in your possession. You want to preserve and protect that evidence. This could mean text messages, clothes or receipts that seem to prove you are innocent of the crime. Keep the evidence private until you have a lawyer. Move it somewhere safe if necessary. Make copies of documents and store electronic communications in the cloud. That evidence could help your case as long as it is not lost or destroyed.

You never want to ignore a criminal charge no matter how minor. You also do not want to ever defend yourself during a criminal trial. Knowledge of the law is essential to mount an effective defense. Following these six pieces of advice will give you a better chance of overcoming the criminal charges.