Best Practices for Collecting and Maintaining Records for Evidence 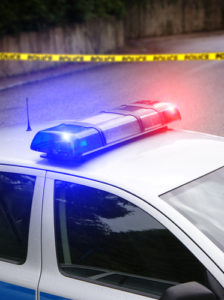 Some may say that violence is happening more often, but the truth of the matter is that the numbers are staying pretty consistent and the acts are just being recorded more often. Nearly everyone over the age of 16 has a video recorder in the form of a smartphone. Whether you are an accidental victim or a professional crime fighter, getting good evidence and keeping it safe will go a long way in getting a conviction.

Know When to Transfer It From the Phone

Recently, the U.S. Department of Justice attempted to force Apple to unlock a smartphone as part of an investigation into the San Bernardino bombings. Apple refused, saying that it would compromise the security of all of its customers. Smartphones now have high-resolution cameras and are highly encrypted, making them the perfect evidence-gathering tool.

When searching for the right one for you, find a smartphone that has expandable memory that can take clear photos in low-light environments, like the Samsung Galaxy S7. When you are storing evidence collected on a smartphone, maintain a copy on the device and another on a cloud-based server. Compared to a private computer, these systems have encryptions that are difficult to bypass both technically and legally.

Pulling out a cellphone and video recording an incident can make you a target. An obvious recording is a direct threat to the perpetrator of the crime. To avoid this, use hidden personal surveillance systems. These come in a variety of types. The Smiley Face by Velpro is a hidden surveillance camera with DVR capability that looks like a happy face button. You can switch it on and record without anyone knowing that you are recording. For home security, there is a doorbell that acts as a camera recorder when home intruders test it to see if someone is home.

Be Ready to Take Screenshots

Both your computer and smartphone have the capability to screenshot anything that comes up. Evidence on the Internet can be fleeting, placed on there in a moment of passion and then removed when the perpetrator returns to his or her senses. You will want to be able to capture the information in this potentially short window. Common pieces of technology like smartphones and computers have ways of taking a screenshot. The important part is knowing it before you need it. Instructional technology consultant Jonathan Wylie has a good how-to list for this on his website.

Certain industries have regulations greater than those of the common man. Use them to your advantage. Even if you do not think that it will lead anywhere, always file police reports so that there is a paper trail in case it is needed. Social workers are also mandated to report and record criminal activity. If there is a reason that you are collecting and storing evidence, share that reason with a trusted and knowledgeable professional.

Place Things on the Cloud

Cloud-based storage systems are a secure way to store your important data in such a way that you have access even if you need to move. If you are collecting data because you are the victim of a crime, then you may not have access to your evidence records. Cloud backups are stored out of your home, making them available to you from anywhere and they require a court order to access without your permission.