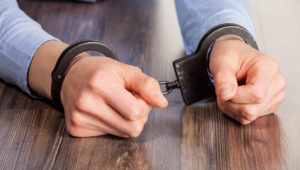 Legal charges can create havoc in your life, and not just for the short term. They can impact where you live, what kind of employment opportunities you receive, your professional license and even whom you may live with.

Driving While Under the Influence of Drugs or Alcohol

If you have a couple of drinks and drive, chances are you may be stopped for the same violation a non-drinking person might make. However, a field sobriety test can lead to jail time, suspended licenses, and probation. But that’s not the end of it. Background checks digging up a DUI can limit housing and employment opportunities severely.

Though getting a lawyer is always a good idea, the best way to avoid the consequences of a DUI is to simply not drive under the influence. A taxi is cheaper than an attorney.

Most parents would not willingly endanger a child, but did you know that Illinois law requires a child to be 14 years old before being left alone at home? Those who feel safe leaving an older child alone for a few hours can be surprised by child neglect charges, even if the child doesn’t become ill or get hurt during that time. Leaving a child with a caregiver whose history includes drug abuse is another poor decision. You could face charges even if the child does not prove endangered. Child endangerment misdemeanor charges can include six months in county jail, substantial fines, restraining orders, and completion of a child abuse treatment program.

Charges of sexual abuse are very common, and no one in the public sector is immune to them, and they can be horrifically damaging to the accused if they are untrue. If convicted of sexual abuse, you may receive time in prison. Afterwards, you face a battery of social and legal ramifications. As a sex offender, you must register as such and keep registration current. Certain neighborhoods will be off-limits and most public service jobs requiring a background check will be denied, as well. Consult a sex offense attorney to inform you of your legal options.

Conviction of drug possession runs the gamut of penalties across 50 states. Some states will issue fines of $100 for simple possession, while another state will charge thousands of dollars and issue prison time. Judges have discretion in the matter and can modify sentencing if appropriate.

Most drug possession charges are felonies, and felons are subjected to stringent social and economic restrictions.

Even pushing another person during an argument can result in assault charges, which are labeled as criminal. If you are found in possession of a deadly weapon, you will be charged with aggravated assault. You will be booked and placed in jail. Assault charges can bring years in prison. The least of the penalties involve fines, anger-management courses and revocation of right to own a weapon. Because of the serious and lasting ramifications of assault charges, you must hire or be provided with a criminal lawyer.