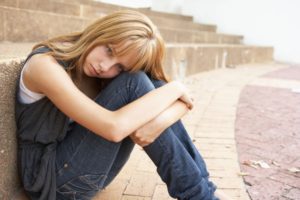 In the law of personal injury, an assault and a battery are two different intentional acts. They’re often confused with each other. If you’ve been assaulted or battered, here’s how to tell if you have legal grounds to sue the perpetrator.

Elements of an Assault

The general rule is that an assault occurs when a person intentionally causes the imminent apprehension of harmful or offensive contact to the victim. Reasonableness guides the determination of what’s imminent, harmful or offensive. A 40-year-old-man shaking his fist an inch from a 10-year-old boy, and telling the boy that he’s going to break his nose right now is likely to be an assault. No contact whatsoever is needed to commit a civil assault.

Elements of a Battery

A battery involves harmful or offensive contact with the victim along with the intent to do so. Actual contact is a requirement for a battery. Inadvertent physical contact with strangers during the course of going about our lives isn’t actionable. Punching a stranger or somebody that we know in the nose is actionable.

According to the attorneys at the law firm of Pritzker Law in Minneapolis, one need not even have to make contact with somebody else for them to have legal grounds to sue for a battery. A food worker might intentionally spit on a customer’s food, and if the customer unknowingly consumes it, that’s a sufficient basis for a battery lawsuit.

Mixing Assault and Battery in a Civil Lawsuit

The victim of both an assault and battery can sue for both of these intentional acts so long as they plead them in separate counts. The requirement of separate elements of proof requires that they be pled separately.

Victims of assaults and/or batteries should talk with a lawyer about who to sue. Other defendants might be hidden in the background. Otherwise, unless the person who committed the assault or battery is wealthy, victims stand little chance of collecting their judgments.