All You Need to Know About Legal Highs, and How They Are Riskier Than Illegal Drugs 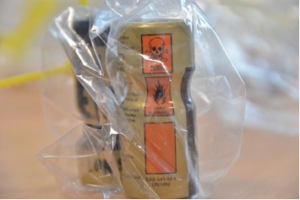 The Psychoactive Substances Act has just come into effect in the UK, prohibiting the production, supply, and importation of synthetic substances – called legal highs – that can have the same effects on the human body as some class-A drugs. On the other hand, a lot of these substances can still be sold legally under different names across the Atlantic.

The dangers of using legal highs aren’t fully known, but it is clear that they do pose short- and long-term health risks to users. As such, while these substances seem to be similar to illegal drugs, they can be a lot more dangerous.

Read on to know more about legal highs, and how they are different from illegal drugs.

What Are Legal Highs?

Legal highs, also called New Psychoactive Substances (NPS), illegal legals, or illegal highs, contain one or more chemical substances and are designed to produce the same or similar effects to illegal drugs like cannabis and cocaine. However, legal highs are structurally different, and are often sold as research chemicals. To get around the law, they are also advertised as being unfit for human consumption and marketed as bath salts, incense, or plant food.

How Are Legal Highs Sold?

Legal highs that are marketed as bath salts, incense, or herbal smoking mixtures come in attractive packaging with contents that look like dried plant cuttings or herbs. Legal highs sold as powders can have flour to crystal-like consistency, and can range from white to yellow to brown in color. Pills and capsules come in various sizes, shapes, and colors.

What Are the Effects of Legal Highs?

Legal highs, like other psychoactive drugs, can be divided into three categories as follows:

Apart from these three, there’s a separate type of legal highs known as synthetic cannabinoids, which forms a big part of the legal highs market. These substances act similarly to cannabis – relaxing the mind, altering consciousness, and inducing euphoria.

How and Why Are Legal Highs Riskier Than Illegal Drugs?

Since most legal highs have never been tested, their reactions upon human consumption are unpredictable. Consuming these substances can pose short- or long-term health risks that aren’t yet known. A few health risks of consuming legal highs are detailed below.

In addition to these side-effects, many legal highs have been recently created by combining new chemicals in various ways. What’s more, forensic testing of these substances has shown that they contain ingredients or chemicals different to those mentioned on the packaging. Due to this, you can never be sure of what exactly you are consuming when using legal highs.

Note that legal highs that look the same or claim to be similar to other products may vary in strength, and have different effects on different people. Also, the risks of combining these substances with other drugs and/or alcohol can increase considerably.

Consuming legal highs is certainly risky, but just because you’ve been injured by taking these drugs doesn’t mean you can’t claim personal injury compensation. If someone else caused your accident, leading to injury on a physical or psychological level, get in touch with Rhode Island personal injury lawyers immediately.

Ensure that you have a clear view of how the accident took place and who caused it, along with necessary evidence to support your claims. Know your rights, and you may be able to get the compensation that you deserve.

Now that you know all about legal highs and how they are different from illegal drugs, use your judgement when consuming these substances. Lastly, if you feel that you or a loved one has been injured as a result of someone else’s mistake, take the right actions promptly.

Kathleen Standley is a freelance content writer & blogger and a marketing geek. She is an avid reader and has been writing and blogging since the last 5 years. Presently, she works with Mike Bottaro – a Rhode Island Personal Injury Lawyer and Founder of The Bottaro Law Firm, LLC based in Cranston, RI. In her spare time, she loves to hang out with friends and enjoys meeting new people from her industry.