How to Use Environmental Law to Help the Global Green Initiative 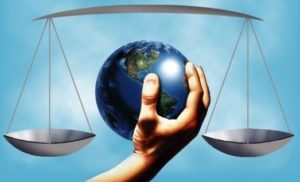 As a whole, the world has progressed in leaps and bounds since the Rivers and Harbors Act of 1899, considered to be the first environmental legislation in the United States. Today there is an entire faction of laws regarding the environment and conservation. These laws are in place to work towards a cleaner earth. More specifically, they help to work towards the goals outlined in the Global Green Initiative.

What is Environmental Law?

Environmental law is a combination of international, federal, and state treaty laws that usually relate to issues of pollution, global warming, natural resource depletion, and clean water. These laws are in place to protect humanity from themselves and the explosive, near-sighted nature of capitalism. The Administration of Environmental Regulations is the main agency in the United States that administers environmental regulations. In addition, most states also possess their own environmental enforcement agencies. Both have the capacity to pass and enforce regulations through fines, legal action, or criminal proceedings.

There are two main categories of environmental law: pollution control or remediation, or conservation of natural resources. International treaties or agreements regarding reduction of greenhouse gas emissions, protection of endangered species, or prohibiting the testing of environment-damaging weapons all influence what laws are passed and why.

Violations of the environmental laws are usually handled in a civil fashion, with the assignment of fines and civil damages to those affected by the breach. However, there is a trend emerging that favors harsher punishment. People in the field are favoring laws that criminalize environmentally destructive behavior. This can mean prison time for offenders who violate property laws, or even executives in business who allow pollution.

A Role for Citizens

As in any kind of law, the first role of a citizen is to obey the laws. Research laws in your area carefully, and consider ways to lower your own environmental impact. More and more people are entering the field of energy consumption. Online master’s degrees in energy or environmental science can be pursued from the comfort of your own home, and have many fields of application. More than these personal changes, citizens can use their familiarity with local laws to report suspicious or illegal activity. Spreading views and information in the community you live in is an excellent way to further the overall environmental goals worldwide.

In conclusion, citizens can adhere to and enforce environmental laws in their area in order to help the Global Green Initiative. In this age of budding green technology it is more important than ever that people understand the legal aspect of environmental science, even if they do not pursue it as a career.