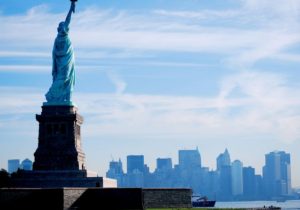 Some of the most controversial of all of our laws, immigration laws are a tool of the government to secure the boundaries of the country as well as regulate movement through these boundaries. Many people know a lot of the basics of immigration law. However, there are many interesting parts of the law that are not so commonly known. We take a look at four things you didn’t know regarding immigration law.

Many argue of the legality of filtering immigrants coming into the country based on race, beliefs, religion, or culture. However, this was already done, and as recently as 1979. Known as the Immigration and Nationality Act of 1952, this law gave the president the ability to block entry of any group of aliens found to be detrimental to the interests of the United States. In 1979, President Jimmy Carter used the law to temporarily block potentially dangerous Iranian entrants.

Yet another, little-known fact is that amnesty has actually already happened before in the United States. Amnesty, the forgiveness of illegal entry and the provision of legal citizenship, is a highly contested issue today. As recently as 1986, The Immigration Reform and Control Act was introduced, granting amnesty to approximately 3 million illegal entrants already in the U.S. The entrants simply had to have entered into the country previous to 1983 in order to qualify.

When an illegal immigrant commits a crime, depending on the crime, they may be immediately processed for deportation. Once deported, the person is then deemed “Inadmissible” for a determined number of years. Many believe this is a permanent ban but typically it is not. For anyone wanting more authoritative information on this particular type of matter, contact a Vancouver criminal defense lawyer or one near your location.

Interestingly enough, the very first immigration policies of the United States were very basic and actually encouraged undocumented immigration into the country. The laws of the time indicated that one simply needed to live in the U.S for 14 years in order to be considered a legal citizens. This was the one and only immigration law for some time to follow.

Most people know the basic premises of immigration law. However, there is still much unbeknownst to the majority of us. These are just a few interesting examples of parts of the law that not everyone is keenly aware of.