What to Know Before You Seek a Malpractice Suit 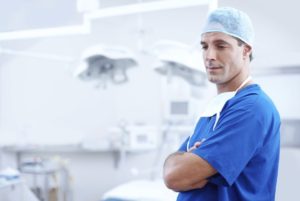 We all have to trust the medical professionals we consult, and for the most part medical care in this country is first rate. Sometimes, however, the results the patient is left with are less than positive. If this has happened to you or a loved one, how do you determine if the outcome was inevitable, and no one could have done anything differently, or whether a mistake that was entirely preventable was the cause?

When the care provided by a medical professional falls below that which an average practitioner in the same vicinity would have delivered under the same or similar circumstances and the patient is harmed, you may have the basis for a malpractice suit. It is important to note that the substandard action can be one of commission or one of omission—the practitioner can either do something harmful or neglect to do something they should have done.

The Issue of Causation

A critical element of many malpractice claims is causation; that is, it must be proved that the injury to the patient was a direct result of the medical professional’s error. It is insufficient to merely show the mistake; the causal link between error and harm must be established. For example, say a patient complained of symptoms that would have indicated to an average doctor the need to run a cancer screening panel, but the treating physician failed to do so. Three months later, the patient returns, this time the doctor orders the cancer tests, cancer is found and aggressive treatment is immediately initiated. Sadly, the patient dies anyway. The question, for malpractice purposes, is whether the three month delay in the onset of treatment was the cause of death, or whether the cancer was of the type and at such a stage that no treatment would have altered the outcome.

The defendant in a malpractice claim, who can be a nurse, radiologist, lab technician or hospital or medical group, as well as a doctor, will be vigorously represented by a lawyer retained by the defendant’s malpractice insurance carrier. These cases typically involve extensive testimony by competing medical expert witnesses retained by each side.

The information contained in this article is not intended to nor does it constitute legal advice. To fully understand whether you have a malpractice claim, you need to speak directly with an experienced malpractice attorney. Due to the complexities of most malpractice suits, an attorney who has obtained a master’s in health law online can be invaluable.