Can Amusement Parks Be Liable for Personal Injury? 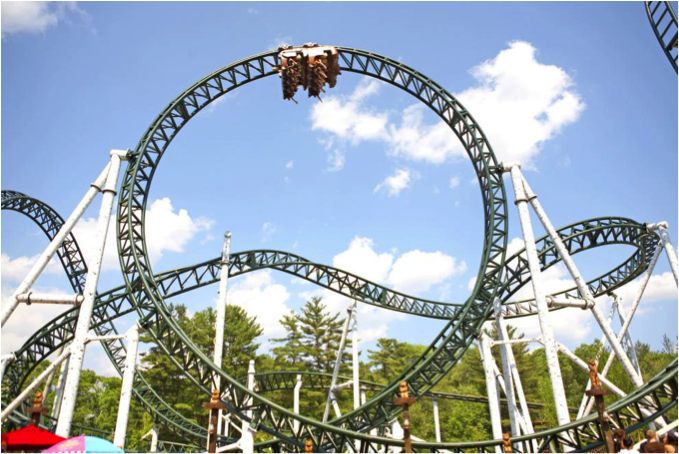 Millions of Americans and visitors to the United States enjoy vacationing in Florida, California, Texas and other popular holiday destinations. These tourist areas are also home to many amusement parks, designed for entertainment, but not always guest safety.

Before you take your family on your next vacation, be informed about the possibility of serious and even fatal injuries, at some of the world’s most famous theme parks. Know your legal rights, and what you should do if you, or a family member, is injured on a ride.

Many consumers believe that every public or privately operated amusement ride is thoroughly inspected by a federal authority, and that maintenance schedules and safety inspections are adhered to, at least for large, permanent entertainment facilities. When you consider the size, speed and potential for injury, it makes sense that amusement rides should be federally regulated; but they are not. What we are about to share with you may change your decision to allow your family to ride at certain theme parks.

Did you know that the Consumer Product Safety Commission did, at one time, regulate both theme parks (fixed amusement sites) and mobile carnivals? In 1981, the right and authority for the CPSC to regulate all amusement rides was revoked, and the responsibility was handed to individual states to govern.

In 44 of the United States, theme parks are inspected and regulated by a state authority, but there are six states that did not assume the responsibility, and where no mandatory inspections take place, and they are:

It is important to note that while inspections are mandatory in 44 states, the degree of regulation and compliance varies from one state to the next. For instance, some theme parks are required to submit to quarterly safety inspections, while others are annual, and in some cases, inspections may be only required at the discretion of the owner and operator.

Amusement Park Injuries and Fatalities in the United States

In the 2016 CNN article “Amusement park safety under scrutiny after week of accidents,” some surprising statistics were shared about the safety standards for ride guests at stationary theme parks, and portable carnivals. Annually, more than 335 million individuals attend 405 recreational facilities that offer theme park rides, including water parks, zoo and aquarium educational institutions, and popular rollercoasters at some of America’s largest theme parks.

Economically, the theme park industry employs 100,000 Americans on a full-time basis, and more than 500,000 people on a part-time or seasonal schedule. In 2011 alone, theme and amusement parks were responsible for generating $55.4 billion dollars to the American economy, according to a report by Wilkofsky Gruen Associates. Given the economic data, it is difficult to understand why all theme parks would not be federally inspected for safety, given the potential risk to both guests and employees.

There is a general misconception that all theme park injuries occur on rollercoasters or large rides. However, in the Summary of Estimated Fixed-Site Amusement Ride-Related Injuries, U.S., 2003-2012, the highest number of injuries and fatalities occurred on family rides, or group rides (rollercoasters were the second leading cause of injuries, followed by children’s rides). Inflatables (including obstacle courses and bounce-house styled rides) remain the leading cause of personal injury for children and adults.

The top five injuries sustained by guests at American theme parks are:

When a guest enters a theme park, they are provided with a ticket that offers a waiver for personal injury and liability. Because of this waiver, many individuals feel that they have no legal recourse when they are injured at an amusement park, but that is not the case. Legal liability for the injury rests with determining owner operator negligence, which a court will decide.

What Should You Do If You Are Injured?

If you are visiting a large theme park that has emergency medical response service, allow the EMR team to evaluate you on the scene. This is necessary from a legal perspective for the theme park, but accident victims may request a copy of the first responder report, as part of their personal injury documentation. If other individuals were injured in the same accident (and you are physically able) try to get their contact information, including name and telephone number.

Depending on the severity of your injury, the owner operator or staff may offer to call an ambulance to transport you and other injured to a hospital for clinical evaluation. If your injuries are not severe, you can also choose to admit yourself to the emergency department of the closest hospital. Make sure that you explain the nature of your accident and injuries during admitting, to allow medical staff to conduct legal examinations and physicals required for insurance purposes. Pictures, as well as an accident statement can be gathered at the hospital.

Following release and post-medical evaluation, it is important to consult with a personal injury lawyer about the incident, per NJ Personal Injury Lawyers. Your statements to the authorities, EMR teams and medical staff, as well as photographic evidence will be used to determine if negligence was a factor, and if the case warrants a personal injury liability claim.

Whether you are visiting a stationary theme park, or riding portable carnival rides, remember that the inspection and safety assurances may fall exclusively with the owner and operator. Depending on the state, there may be no government inspection of the rides that hundreds of people use daily, or minimum maintenance laws that help prevent mechanical failure.

Learn more about the amusement park before you travel, and any unpublished safety data on the independent watchdog site, the Amusement Safety Organization. The website provides accident data aggregated from 2006 through to 2015 and is updated on an annual basis, to promote awareness and safety for consumers.

About the Author: Richard Slack is a freelance content writer, who has years of experience in providing unique and high-quality content for the law industry. He has been writing for Mazie Slater Katz & Freeman. They have decades of experience in handling Personal Injury or accident cases.