Do Labor Laws Still Apply to Military Personnel in the United States? 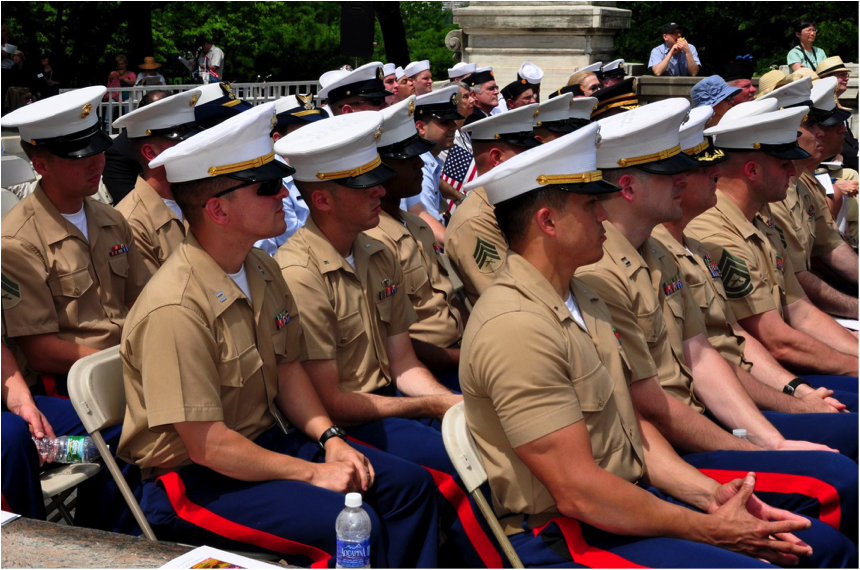 When someone is employed within the American Armed Forces, it can be confusing to understand which labor laws apply in different situations. In this article, we will discuss exemptions and benefits that military personnel are entitled to, as well as the national labor laws that apply to the military in terms of pension, taxes, and other administrative areas.

Americans employed by the United States Armed Forces must contend with both military rules and bylaws, as well as those outlined by the state in which they reside. Military staff are offered several unique protections by law under the Uniformed Services Employment and Reemployment Rights Act (USERRA), which not only govern the employee, but also provide strict rules for employers who hire members of the military.

The USERRA act helps protect veterans and trained military personnel from losing their jobs, should they be called back to action or into reserve service, even after they are no longer employed full-time within the U.S. military. Members of the United States National Guard, for example, are required to engage in periodic training exercises, involuntary active duty, and recalls, particularly when there is a state of national or foreign emergency. The Uniformed Services Employment and Reemployment Rights Act protects members from bias from employers – such as reduced hours, pay decreases, or punitive action from the employer – if they are required to be absent (up to five years by law) to serve their country.

For veterans who return from service with a disability that impacts their employability or their ability to return to their former employer, the USERRA provides protection by legally requiring all employers (prior to service or recall) to make reasonable efforts to accommodate the new disability. For military who are called back into action, returning to their previous job is still possible, provided the employer follows the USERRA laws and makes every attempt to accommodate the pre-injury job or to find a new role for the serviceman or woman that considers their new physical or cognitive limitations because of their military injury.

Since military members can be called into service frequently, and since they are unable to refuse being recalled or dispatched overseas, the USERRA act also prohibits employers from firing them because of their absence. As you can imagine, repeated absences can be difficult on a business when you count on a certain employee, but the United States government expects employers to be compassionate, given the employee’s service to the country. An employer may not fire or demote a military employee for service absences, but can find other reasons to let the employee go.

Under USERRA, the military employee or reservist must prove that the employer was biased, and that he or she lost the job because of a military service event (or several), in which case the employer can have legal action taken against them with the assistance of a military personnel lawyer.

All employers at both private and publicly owned companies must follow the laws outlined in the USERRA. However, when a military employee is called to service, the employer is not required to pay salary for the absence, or accrue vacation time. Many organizations view it as a positive benefit to have one or more servicemen employed on staff, and are proud to support veterans and members of the National Reserve by allowing them the legal and moral flexibility to take time off when they are called to duty.

Labor Law Requirements for Members of the U.S. Military

Military reservists or those called back to action have several procedures that they must follow to advise their employer of departures and returns in order to avoid inconvenience to the employer. The courtesy notifications also work to help the employer have ample time to find replacement or temporary labor to fill the vacancy until the staff member returns from service.

There is some additional, courteous flexibility offered to military veterans and active servicemen and women with regard to health benefits. Personnel who serve in the military for 31 days or longer can continue to receive their employer-based healthcare benefits (and pay premiums through their civilian employer) or they can receive alternate coverage through USERRA – which is often more affordable, given that military members must pay up to 102 percent of employer benefits.

In the United States, the additional legal provisions through USERRA can often make job search and sustained civilian employment more difficult for veterans or active members of the reserve. Many employers do not understand labor laws or the obligation (in the interest of national protection) to allow men and women from the military to have flexibility and leaves of absence to serve their country. The same complex labor laws that are designed to help make long-term employment easier for periodic military service tend to deter employers.

However, in response to that bias, the United States government has instituted significant tax credits for hiring (and maintaining employment spots) for veterans of up to $9,600 per individual. To learn more about the economic and personnel advantages in hiring a member of the military as a private employer, read: “10 Reasons Companies Should Be Hiring Veterans” on Business Insider.

Author Bio: Christian Schwaner is a criminal defense attorney in Colorado Springs. He specializes in defending those accused of DUI and domestic violence, including active military personnel. He is a former Pueblo and Canon City special prosecutor, and former Deputy District Attorney in Teller and El Paso Counties. He has the experience to defend you, regardless of the charges you face.