How Do Music Concerts Manage Guest Security to Prevent Injuries? 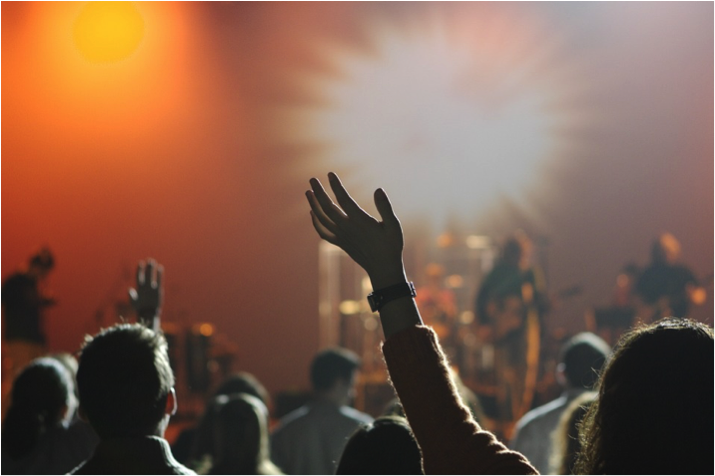 On December 6, 2016, an estimated 40 people were killed during a warehouse concert in Oakland, California, according to the Los Angeles Times. Teen concertgoers paid $10 per person to be admitted to the ‘underground’ music event, hosted in a warehouse that had been previously cited for multiple safety infractions. Per inspectors, the building was approved for the storage of goods, but not for occupancy – due to safety concerns regarding the structure, access points, and other building code violations.

The responsibility for hundreds to thousands or more guests is not taken lightly by professional event organizers. Have you ever wondered how much security and advanced preparation goes into planning a major event like a concert? We share the steps, liability analysis, and costs associated with running a large event, and how all safety concerns are addressed to create a safe and satisfying experience for concertgoers.

Behind every major musical concert and event is months to years of risk assessment and security planning that ensures both the safety of guests and participants, as well as the legal liability and profitability needs of the event organizers. While steps are taken to improve safety whenever there is a large crowd of people gathered for a recreational function, there is a moderate to high probability of personal injuries, illegal activities, and other risks that can contribute to a charge of security negligence against event organizers.

The planning begins with an assessment of “worst case scenarios” that literally imagine every possible source of injury that could occur during a concert. Any organization or business that plans to host a public or private event must conduct a comprehensive threat and risk assessment ahead of time to anticipate challenges, crowd management, and other safety concerns. Large events are planned well in advance to ensure that there is enough time for contingency planning and training to address all possible risk sources.

What do concert organizers carefully consider, when planning for complete safety of guests and participants? The risk assessment has three standard parts:

Every event and location has a unique set of challenges. Identifying common threats to large gatherings can include robbery, assault, illicit drug use, vandalism, intoxication, terrorist acts or acts of activism, or gang-related activities. Other types of threats can include natural disasters, such as fires, storms, tornadoes, flooding, and earthquakes.

The cost calculation for certain losses is a requirement of insurers for large commercial events. This cost estimation helps determine the minimum amount of liability insurance required for the event venue and organizers to protect the businesses involved in the event of lawsuits and personal injury claims. The costs are categorized typically by scenario, and then figured with the total number of participants and staff expected on the premises.

It takes a bit of math to figure out the probability of “loss events” such as damage or personal injury litigation, which may occur after a large public event like a concert. The statistical probability acts as a multiplier to help determine the minimum amount of commercial event insurance required. Negligent security cases can occur when adequate safety measures have not been planned, documented, and implemented, including loss and probability planning.

An insurance adjuster (or many of them) is frequently involved with loss projection and premises evaluation for injury risks and other liability concerns. The adjuster will review floor plans, layouts, and maps of the event venue, past fire inspection reports and other collateral that help document the safety of the venue. They also evaluate parking, fire and ambulance routes, traffic, the distance to the nearest emergency health center or hospital, and other factors that can contribute to delayed response to prepare for a significant disruption or crisis at the event.

In addition to reviewing the layout of the structure, reports on security planning are also conducted to ensure that contingency plans and qualified personnel will be prepared to respond in the event of any emergency. The data reviewed includes the number of guards (training, weapons, and tactical), ratio of security officers compared to guests and participants, evacuation plans, emergency medical response teams (and locations), and other essential emergency response, including fire and medical.

Learning from a Tragedy

Sometimes, despite best efforts and planning, the unimaginable can happen, as was the case with the infamous “The Who” concert on December 3rd, 1979 in Cincinnati Ohio. That day, eleven people were crushed by a stampede of fans and died from asphyxiation, while another 26 suffered serious injuries.

The injured from the historic “The Who” concert successfully sued for personal injuries and wrongful death. The families of the deceased received $150,000 per family in the settlement, while the 26 injured were provided with $750,000 to be divided equally as compensation for negligence. The concert had several seats that were “unassigned” which led to a zone of overcrowding near the stage that directly contributed to the stampede, injuries, and wrongful deaths. It was one of the most headlining concert disasters, and one that inevitably changed laws both in Cincinnati (which banned unassigned seating thereafter) and across the United States.

Today, laws and best practice for event organizers ensure that every possible safety risk is considered and planned for – whether the event is moderate or large in terms of fans and occupancy. Contemporary concerts employ state-of-the-art technology, including closed circuit monitors, K-9 squads for drug and bomb detection, and professionally trained emergency response teams to reduce the risk for concert goers, and the response time for essential care if required. Safety (and risk prevention) now inspire the safest concerts and recreational events in history.

Author Information: Ralph Leon is Marketing Manager at The Berkowitz Law Firm LLC, one of the leading personal injury lawyer firms in Connecticut. He has experience of more than a decade in writing about law and legal issues, particularly medical malpractice and personal injury law.