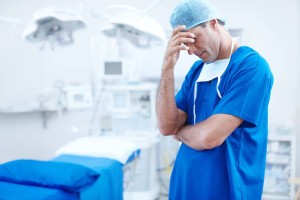 The Washington Post recently ran an article disputing the claims of the administration and Congress that America is suffering from a medical malpractice crisis. Here are the opening paragraphs:

That’s why House Speaker Paul D. Ryan (R-Wis.) and Rep. Tom Price (R-Ga.), tapped to be the nation’s top health official by President-elect Donald Trump, are vowing to make tort reform a key part of their replacement plan for the Affordable Care Act.

But according to researchers and industry experts, the reality doesn’t match the rhetoric. They say the nation’s medical malpractice insurance industry is running smoothly and has not been in crisis for more than a decade.

Doctors are paying less for malpractice insurance than they did in 2001 — even without adjusting for inflation, according to the Doctors Company, one of the nation’s largest malpractice insurers. And the rate of claims has dropped by half since 2003.

“It’s a time of relative calm, and this hasn’t been a front-burner issue or crisis,” said Nicholas Pace, a researcher who studies the civil justice system at the Rand Corp., a nonprofit policy think tank. “But now Republicans see an opportunity to make changes they have wanted for a long time as they replace Obamacare.”