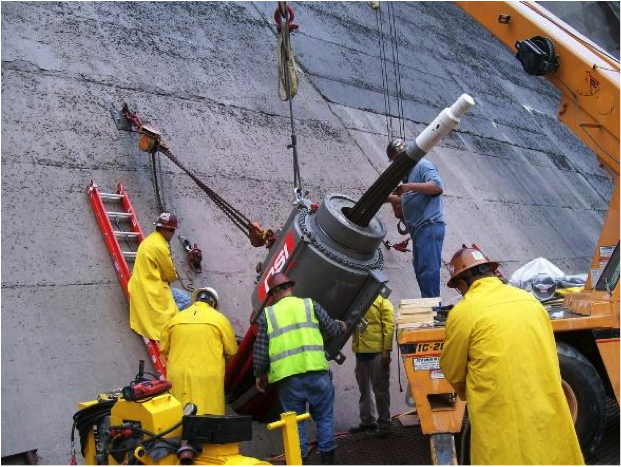 When an average American wakes up in the morning, he/she doesn’t consider the probability of being injured at work. The least that one expects from his/her workplace is to stay safe while on the job. Nonetheless, every year in the United States, more than 4,800 workers lose their lives at work or because of an illness resulting from hazardous work conditions. Also, out of every 10,000 cases, 95 cases involve full-time employees injured in slip-and-fall accidents.

If you work in dangerous conditions and are worried about your safety at work, you need not panic or consider a career change. The knowledge of the facts and the risk factors that make certain jobs dangerous can help you be cautious. If you suffer from a health hazard because of your workplace conditions, strong legal representation can help you get compensated for your loss.

Here is a list of America’s most dangerous occupations, as per the Census of Fatal Occupational Injuries:

Logging workers are responsible for harvesting thousands of acres of forests for timber. They work with hazardous tools for timber-cutting-and-logging processes. The fatality rate for logging workers averages over 110 deaths per 100,000 American workers annually. In this profession, most deaths occur due to falling from heights. Professional loggers, also called fallers, use choke setters, slingers, and cable-yarding systems to fell trees. They have to climb on to the specific trees to cut in several locations. Such a situation can be extremely dangerous for fallers. Other injuries and deaths in this job involve equipment and heavy machinery accidents.

In the fishing industry, fatal injuries rose to 284 in 2015, which is the highest reported for this occupational group in seven years. Forget what you think you know about the fishing industry, workers are forced to fish in extreme conditions; lift heavy cages; and work with cables, floats, sharp hooks, and bait systems.

Various hazards reported in the fish-processing industry range from redness/swelling of the eye to mechanical and electrical accidents, and bacterial and parasitic infections. Because of the uncertainty of ocean tides, boats and other vessels have to traverse in rough waters. This can lead to slip-trip-and-fall injuries, noise-induced hearing loss, allergic respiratory diseases, and stress-related health problems among fishermen and other workers.

Most people admire the art of flying aircrafts. But, you may not know of the risks involved in this profession. Although statistically speaking, flying an aircraft is safer than driving a car, but aircraft pilots work in an occupation that is known to be the third most hazardous job in America.

Climbing on top of a roof, either for residential or commercial roofing installation and repair, exposes workers to an increased risk of trip-and-fall injuries and fatalities. Among the total workforce in this industry, roofers recorded a fatal injury rate of close to 40 cases per 100,000 workers.

What seems like an easy and safe job can be full of injury potential, as is the case with garbage truck drivers, recycling technicians, and those who manage daily refuse. Among the workforce, refuse and recyclable material collectors recorded a fatal injury rate of close to 39 cases per 100,000 workers. Head trauma and crushing injuries are common sources of fatalities for workers in this sector.

Whether engaged in crop growing and harvesting – or in the production of meat, poultry, or dairy – being a farmer is not the safest job in the world. Narrowly missing the top five most dangerous occupations in America, farmers and agricultural laborers average 22 fatalities per 100,000 workers annually.

In 2015, the death rate among farmers and agricultural workers because of hazardous work conditions was as high as 252 workers per 100,000. Exposure to chemicals, including pesticides and solvents, and industrial machinery accidents elevate the risk factors for this important, but hazardous business sector.

Steel workers are employed in the construction sector as welders, and also employed in manufacturing and automotive production in the United States.

Several hazards contribute to the increased fatality rate among iron and steel workers, including press-and-crushing deaths and injuries, burns and machine accidents. Annually, 29.8 steel workers per 100,000 full-time employed fabricators lose their lives on the job. If you are employed in this industry, then it is advisable to hire an experienced attorney who has dealt with cases of injuries caused by falling on commercial property.

Everything you buy, eat, and wear reaches you through a distribution network that is driven, literally, by hundreds of thousands of professional, commercial truckers on a daily basis. Over 885 truckers were killed on the job in 2015, accounting for a fatality rate of around 24 deaths per 100,000 employed drivers. Poor weather conditions and high-instances of driver fatigue combine to make a career in trucking one of the top ten most dangerous jobs in America.

Accidental-electrocution-and-falling deaths are two of the leading causes of fatalities among electrical powerline installers and repair technicians, as per slip-and-fall accident attorneys. The hazardous job can be exacerbated by the necessity of repair work during/after extreme weather, which often forces workers to work with electricity in damp or wet weather. In 2015, 18.1 fatalities were reported per 100,000 workers in the United States, with a total fatality rate of 26 workers.

You probably think that a job as a taxi driver or a high-end chauffeur accounts for low risks. After all, how can you be injured if you are riding safe within a vehicle or a limousine?

Unfortunately, taxi drivers often become victims of robbery violence. In the United States, commercial passenger drivers are assigned a number of hours to clock on the road. To complete the mandated number of hours, they run at a greater risk of being involved in serious, and frequently fatal, car accidents. This makes the occupation of a taxi driver more hazardous than being employed elsewhere.

It is important for workers to remain aware of the risk factors and hazards that place them at increased risk of incurring a serious injury. Trust your instinct when it comes to performing duties that feel unsafe, and don’t be afraid to express your concerns to your employer. Despite the hesitation that most workers have, most companies and managers appreciate safety suggestions. Lawyers who are committed to represent victims of workplace injuries can help employees receive the compensation for their loss of livelihood and productivity in the form of workers’ compensation.

About the Author: Robert Burks is Marketing Manager at Schwartzapfel Lawyers P.C., one of the leading personal injury law firms in New York City. He has experience of more than a decade in writing about law and legal issues, particularly personal injury and medical malpractice law.